This week's 'The End' gets off on a bad tone.

The programme is interrupted with an apology for the poor tone of the show. After showing a brief clip of some Irish dancers, the cameras return to studio for

However, Sean's tone control can't be fiddled with and things just go from bad to worse. 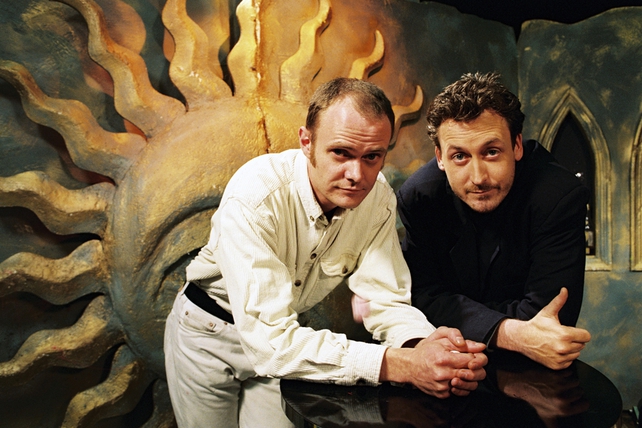 'The End' was broadcast on Friday and Saturday nights with Barry Murphy presenting on Fridays and Sean Moncrieff on Saturdays.  The programme experimented with the concept of developing continuity using comedy, sketches, and interviews.