Boxer Steven Collins attends press conference at Beamish and Crawford Brewery in Cork ahead of fight.

Dubliner Steve Collins defeated Chris Eubank in Millsteet, Cork in March 1995, becoming the new WBO super middleweight champion. A rematch was scheduled for later that year, to be held at Páirc Uí Chaoimh in Cork. A press conference was held the previous day, at which Eubank failed to show. Collins addressed the media alone.

Chris Eubanks has been saying some things that are totally out of order. They're going to work to his disadvantage, because seven to eight weeks ago, when I started seriously preparing for this fight, I had in mind, I remember the threats he made, he was talking about harming me permanently. 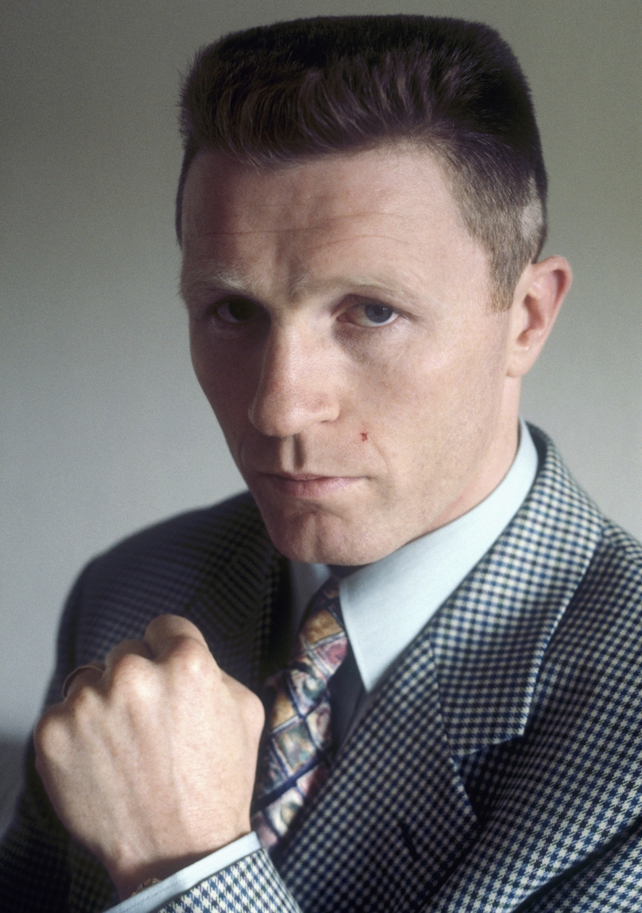