'The Statue of the Virgin at Granard Speaks' by Paula Meehan is one of 10 poems shortlisted for 'A Poem for Ireland'. The public has until 8 March 2015 to vote for their favourite poem. RTÉ Archives has been looking at each of the poets in turn, and will publish a clip on a poet every day until the end of the week.

Meehan was born in Dublin in 1955. After studying at Trinity College, she travelled for a number of years before returning to Dublin where she taught literacy and creative writing. She is currently the Ireland Professor of Poetry, an Arts Council position that celebrates Irish poets' contribution to literature. Her shortlisted poem is from her 1991 collection 'The Man Who Was Marked by Winter'. It was inspired by the tragic case of Ann Lovett, a 15-year-old schoolgirl who died giving birth at a grotto in Granard, Co, Longford in 1984.

Meehan talks about her craft and how she builds poems like a carpenter in this extract from the books programme 'Undercover'.

This edition of 'Undercover was broadcast on 9 April 1998. 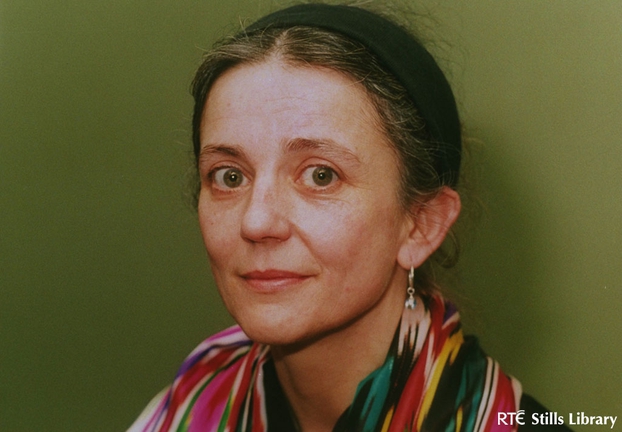 ANN LOVETT
A POEM FOR IRELAND