The Lewis Glucksman Gallery in Cork reopens to the public after floods.

The Glucksman Gallery had been badly damaged in the previous November's floods, particularly the basement, which was storing 187 pieces of art at the time. Gallery director Fiona Kearney tells explains how conservators from all over the country rushed to their rescue.

The reopening coincided with the gallery's fifth birthday celebrations, marked by President Mary McAleese and her husband Martin. The gallery opened in 2004 at the main entrance to University College Cork. Named in honour of American philanthropist Lewis Glucksman, it was the RIAI's best public building in Ireland in 2005.

An RTÉ News report from 22 January 2010. The reporter is Jennie O'Sullivan. 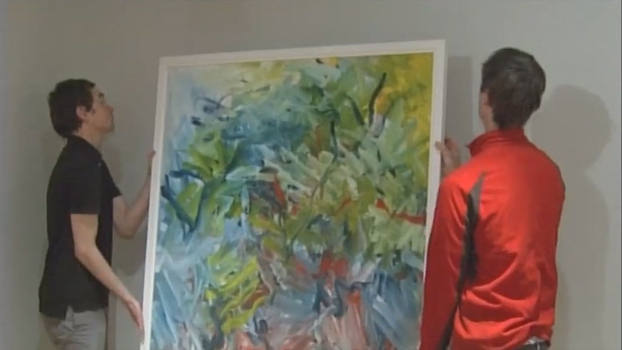