25 years ago controversy surrounded the 'Kavanagh Yearly', an annual event honouring the memory of poet Patrick Kavanagh at his birthplace and place of burial in Inniskeen, Monaghan.

Each year commemorations take place at his graveside remembering the poet who died in 1967. When Kavanagh's widow, Katherine Barry Moloney, died earlier in 1989 she was buried alongside her husband. Controversy arose when Patrick's brother Peter, who did not want the couple to be buried together, removed the headstone and flagstone from the cemetery and replaced them in the front garden of the family home. Other family members however were not in agreement with Peter's actions.

Each year the commemoration also honours the work of other poets. One of the main objectives of the Kavanagh Annual is to promote poetry and a presentation of £1,000 is made to another poet. In 1989 the winner was poet Pat Boran from Laois, whose first work 'The Unwound Clock' was published the following year.

An RTÉ News report broadcast on 27 November 1989. The reporter is Eileen Magnier. 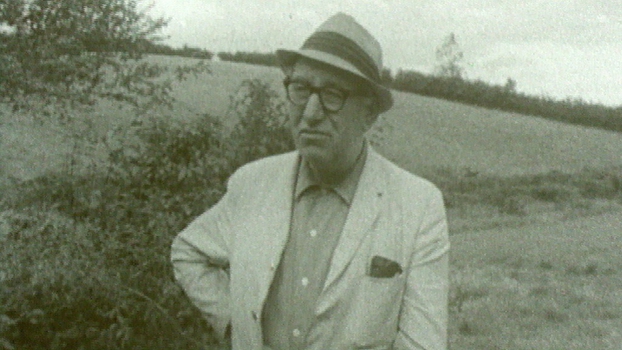