In his acceptance speech for the Nobel Peace Prize Seán MacBride outlines his 8 Principles for Peace.

Seán MacBride speaking to John Howard by telephone identifies his work in human rights and peace issues as the reasons why he has been awarded the Nobel Peace Prize.

An RTÉ News report broadcast on 8 October 1974. The reporter is John Howard. 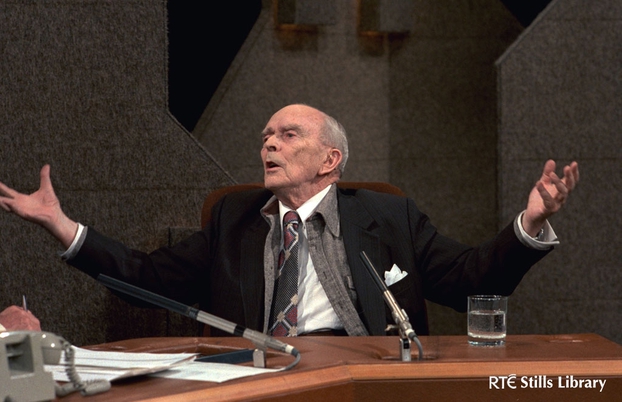