Following the meeting they issued a joint statement in which they said they were totally and absolutely committed to a democratic and peaceful method of resolving the Northern Ireland conflict.

All three leaders addressed the crowd that had gathered outside Government Buildings.

An RTÉ News report broadcast on 6 September 1994. The reporter is Una Claffey. 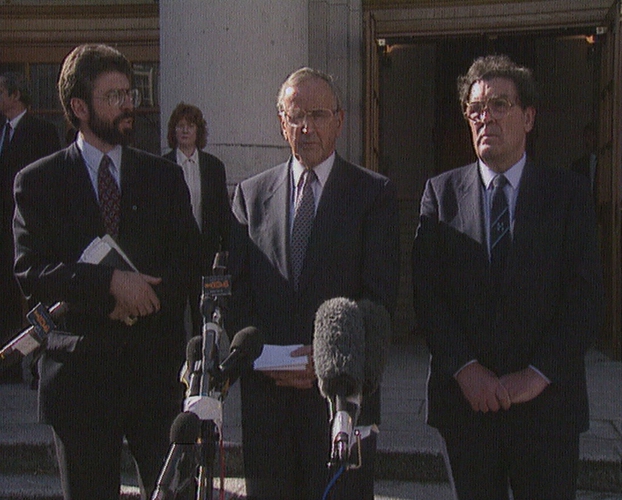