Charlie Bird reports from Turkey on the damage caused by the earthquake that struck the northwest of the country on 17 August 1999. It measured 7.4 on the Richter scale. Bird is in Golcuk on the Sea of Marmara, one of the worst affected areas. Rescuers are searching for survivors in the rubble and say that too much time was lost, people should have got there sooner. The report estimates that up to 40,000 people have been killed. 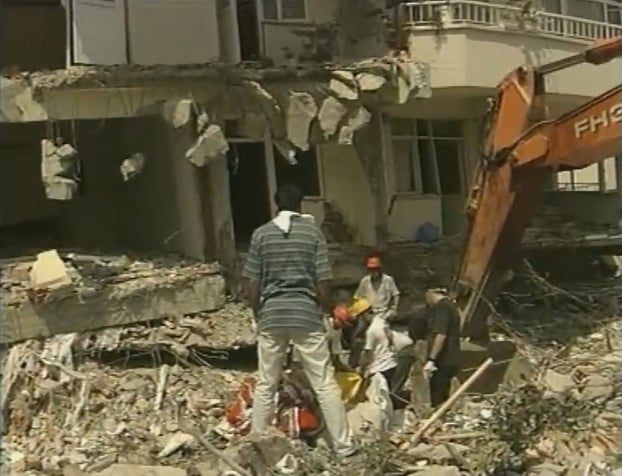