A new Irish technology invention is revealed on 'The Late Late Show'.

The new technology comes from a firm called Textell allows information to be transferred from one mini computer to another. The device is being targeted at travelling business people and journalists who need to send information quickly from one location to another.  Information is typed up on a standard keyboard and transmitted directly down a telephone line to another mini computer ready to be printed off.

Gay Byrne says hello to his fan club. They're having their annual general meeting in a phonebox tonight.

Designed by the Microelectronics Applications Centre in Limerick working with engineers from Textell, the technology is now in production with around 2,500 units already exported and orders for a further 26,000 units. Before the product goes on sale Ireland, they need to attain approval from both the Post Office and Bord Telecom.

Mr Nevill also outlines some additional features of the invention including message encryption for safe transmission of data.

You can send a full A4 page in about something like ten seconds.

The total package of two minicomputers and printer costs around £1,200.

This episode of 'The Late Late Show' was broadcast on 19 May 1984. The presenter is Gay Byrne. 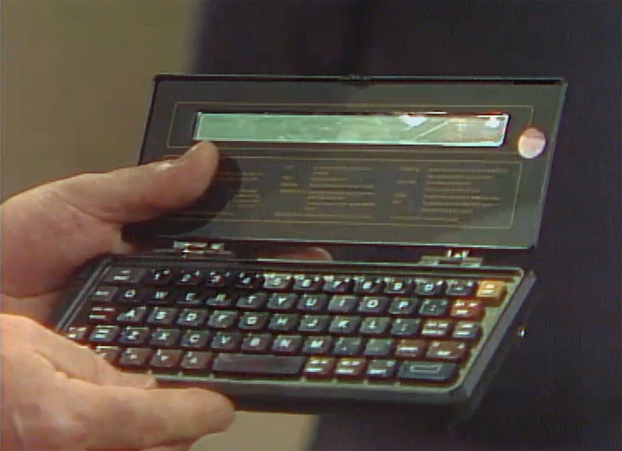