David Davin-Power reports on the expulsion of TD Beverley Cooper-Flynn from Fianna Fáil on 7 May 2004.

The motion came shortly after her failed libel appeal against RTÉ, who had reported that she had encouraged people to evade tax while working as a financial adviser with National Irish Bank.

Flynn travelled to Leinster House for the meeting, accompanied by enthusiastic supporters from Mayo, including Councillor John Moloney, who described her as a true Fianna Fáil person.

But Lorraine Clifford, one of the youngest members of the National Executive said you have to see what's best for the party. The motion to expel Flynn was proposed by Brian Cowen and seconded by the Taoiseach Bertie Ahern. Flynn was critical of the procedure, saying that if there were a secret ballot, she would still be a member of Fianna Fáil. 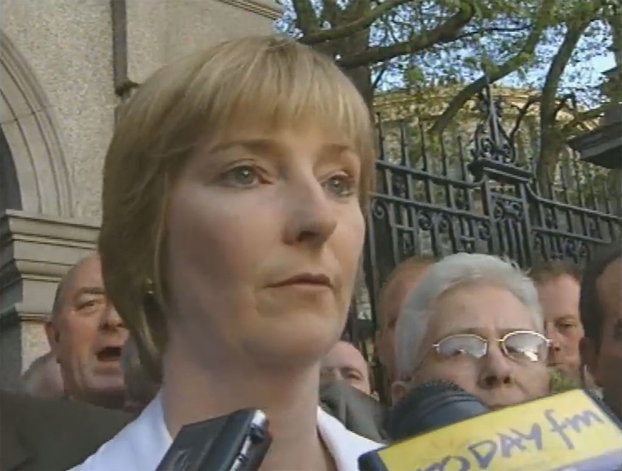