Clíona Ní Bhuachalla meets Adrian Mordaunt, the world under 15 drumming champion. Adrian comes from a family of drummers and started learning to play the drums at the age of six. He talks about his interest in pipe drumming and kit drumming, and mentions Mel Gaynor (Simple Minds) and Steve Gadd (Steely Dan) as his favourite kit drummers.

Adrian says he plays with a band called 'Renegade' who will be playing their first gig in two weeks time.

'Jo Maxi' was a youth lifestyle programme aimed at 10 to 14 year olds. The programme contained features on a broad range of topics including animals, fashion, music, books and profiles of young people voicing their views on various subjects. The original presenters on the show were Ray D'Arcy, Geri Lalor, Clíona Ní Bhuachalla and Antoinette Dillon. 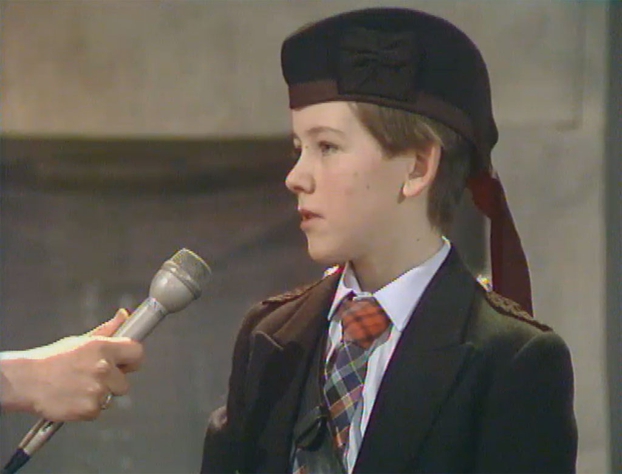