Louis Armstrong jazz trumpet player and singer arrives in Ireland, along with his All Stars, to perform at the Adelphi Cinema.

At the airport, Louis Armstrong (Satchmo) is greeted by a jazz band on the tarmac.

Satchmo and his All Stars band were to play 2 concerts to almost 4,000 people at the Adelphi Cinema. The 'Féach' crew were backstage at the venue where Satchmo warmed up before making his way on stage to a great reception.

Promoter John Moloney keeps to his promise that the media will get to meet the great jazz performer.

'Féach' was a bilingual series reporting on national and international events. 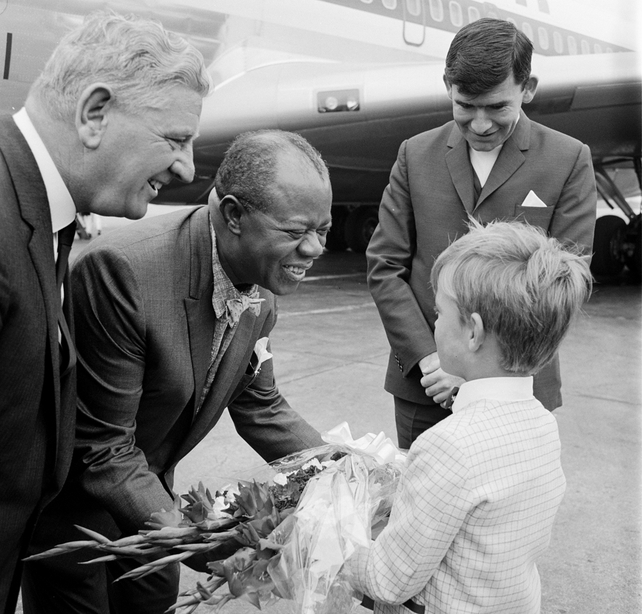 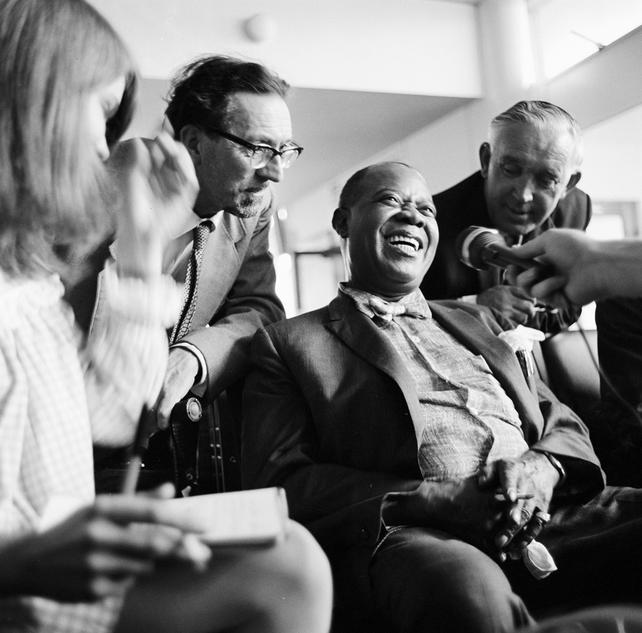 Louis Armstrong is interviewed by the media at Dublin Airport (1967)