Buskers on the corner of Grafton Street and Stephen's Green, Dublin.

After performing 'Hesitation Blues', buskers Seamus MacArdghail, Ronnie Carlyon and Max Rinder, discuss the different motivations for busking. They also talk about the problems they encounter with the police while busking in Dublin.

Ireland has one of the strictest laws in Europe with regard to street entertainment and the police are mainly concerned with the obstruction caused when crowds are gathered on the shopping streets. For these three buskers there is a big difference between playing music in a pub and busking on the streets. They feel that street music offers real value to the city of Dublin. 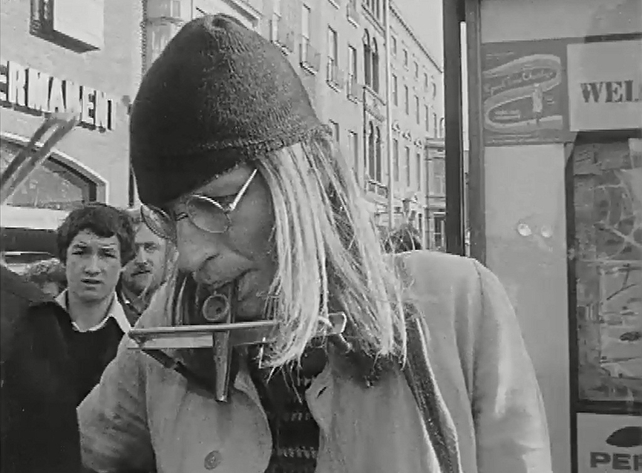 Busker playing the kazoo at the corner of Grafton Street and Stephen's Green in 1974.

This report was broadcast in the programme 'Tangents' on 6 February 1974.