The Government aims to bring 950,000 electric vehicles into circulation as part of the Climate Action Plan, which has been published this afternoon.

It also plans to introduce legislation to ban the sale of petrol and diesel cars from 2030, and to roll out a nationwide charging system for electric vehicles.

Minister for Communications, Climate Action and Environment Richard Bruton described the plan as "ambitious but realistic".

He said it identified how Ireland would achieve its 2030 targets for carbon emissions, and put the country "on a trajectory to achieve net zero carbon emissions by 2050".

The plan also includes proposals to eliminate non-recyclable plastic and impose higher fees on the production of materials which are hard to recycle.

Single-use plastic items, including plates, cutlery, straws and cotton buds, will be banned.

Currently only 30% of the country's electricity comes from renewable sources - the Government intends to increase that figure to 70%.

The plan also includes a proposal to introduce a microgeneration scheme to allow homeowners to generate their own electricity and sell what they do not use back to the national grid.

The Government also plans to expand the current network of cycling paths and park-and-ride facilities in an effort to reduce congestion.

An intensive programme of retrofitting will see 400,000 heat pumps installed in homes and businesses, according to the plan.

It also says a new "Retrofit Plan" will be introduced for 500,000 homes and will result in larges groups of houses being retrofited by the same contractor in order to reduce costs.

"Smart finance and easy pay back methods" will also be introduced. The Retrofit Plan is aimed at getting half a million homes to upgrade to B2.

In relation to agriculture, the plan says there will be "new, sustainable opportunities for family farms".

Taoiseach Leo Varadkar said the plan would help create jobs and businesses in the future. He said that a climate action delivery board would be set up to oversee progress.

Read more:
View the plan in full
Community ownership 'may present solution' to wind farm disputes
Action plan to see changes in heating sector
How does this climate plan differ from others?

Tánaiste Simon Coveney said a permanent Oireachtas committee dedicated to climate change is to be set up under the plan.

He said the Government was making a "genuine, transparent, open effort" to tackle climate change, and that plan would evolve over time.

Minister for Transport Shane Ross said the Climate Action Plan would result in a "revolution in transport".

He said the objective of the plan in terms of transport was to get people out of private cars and into buses.

One way of doing this, he said, was through the use of the Bus Connects scheme and "active travel".

He also said he envisaged a million electric vehicles being in use on the roads by 2030. 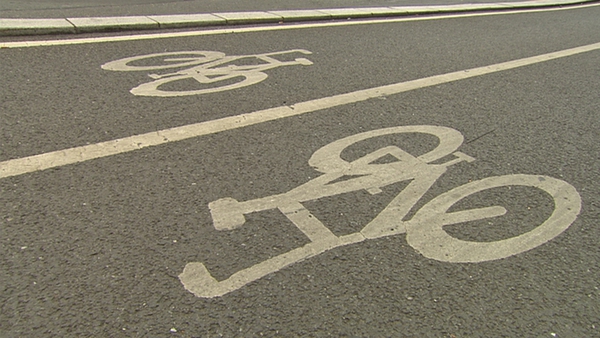