A conference in Cork has been told that community ownership of wind farms may present a solution to the conflicts caused by such projects in rural areas and in towns and villages across the country.

The conference, at University College Cork, is being attended by more than 800 delegates from 40 countries.

Wind energy is one of the country's most abundant and valuable natural resources. 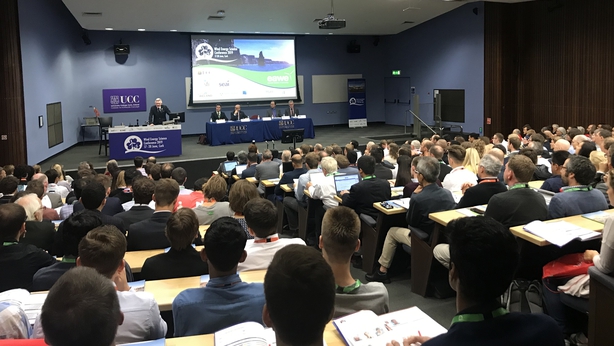 Read more:
How does this climate plan differ from others?

But many of the wind farms used to harvest that energy are a source of division and conflict in the rural communities where they are based.

Ms Dowd, and neighbours like Ciara Flavin, feel their quality of life has suffered because of the proximity of the turbines to their homes.

The European Academy of Wind Energy is hosting a major conference at University College Cork this week.

One of the main organisers, research fellow at Marine and Renewable Energy Ireland Dr Cian Desmond, believes community ownership of wind farms may present a solution to the disputes caused by wind farms in rural areas.

The conference will also examine emerging technologies, such as floating wind farms to harvest wind energy off shore.

But a solution to the difficulties caused by on-shore wind farms may be beyond the horizon for now.