The UK has proposed the creation of a string of customs posts along both sides of the Irish border as part of its effort to replace the backstop, RTÉ News understands.

The ideas, which would be highly controversial, are contained in proposals sent from London to the European Union - extracts of which have been seen by RTÉ News.

The proposals would effectively mean customs posts being erected on both sides of the border, but located perhaps five to ten miles 'back' from the actual land frontier.

The UK has proposed the creation of a string of customs posts along both sides of the Irish border as part of its effort to replace the #brexit backstop, RTÉ News understands. @tconnellyRTE reports | https://t.co/raX9FqIg60 pic.twitter.com/hpHPIx9MpR

This is because under British Prime Minister Boris Johnson, the UK is insisting that Northern Ireland remain completely outside the EU’s customs union for industrial goods and agri-food products.

Even more controversial is a proposal that the goods moving from a so-called "customs clearance site" on the northern side of the border to a similar site on the southern side would be monitored in real time using GPS via mobile phone data, or tracking devices placed on trucks or vans.

The ideas are contained in one of four so-called 'non-papers' submitted by UK officials during recent technical discussions in Brussels.

Under the British proposals, both the UK and EU would create what are believed to be called "customs clearance sites", but to all intents and purposes a customs post. 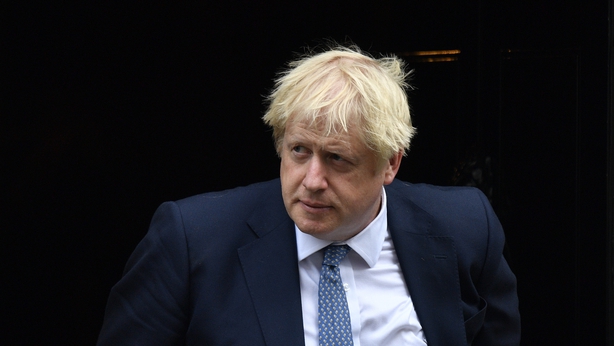 Traders would have a choice of either a straightforward customs declaration which would have to be lodged and cleared on either side of the border, or the so-called 'transit' system.

The method requires a bond from a financial institution to guarantee that the relevant customs duty, excise and VAT have been paid and that the goods do not go illegally off the beaten track en route.

The UK proposals have been discussed in technical talks with the European Commission’s Brexit Task Force under Michel Barnier.

However, the detail of the four non-papers have not been disclosed to EU member states.

RTÉ Political Correspondent @RTENewsPaulC says Opposition parties have rejected reported proposals by the UK for a string of customs posts on both sides of the border to break the #brexit deadlock | https://t.co/lXFq4JBx6r pic.twitter.com/yPmSnIyMhs

The customs issue was presented as a non-paper on "alternative arrangements".

Mr Johnson has long argued that the backstop, which originally required Northern Ireland to remain in the single market and customs union in order to obviate the need for checks and controls along the border, could be replaced by so-called alternative arrangements.

These ideas tend to include trusted traders schemes, technology, transit and exemptions from EU customs rules.

The latest proposals fleshed out in discussions with EU officials would foresee customs clearance sites where consignments are checked and cleared, with data being provided to the customs authorities on both sides of the border.

The authorities would decide on the basis of the data which truck or consignments to check.

These checks would take place at traders' premises or at "inland customs clearance sites".

This would effectively give rise to customs infrastructure, albeit at some distance from the border.

It is understood there could be up to ten such sites on either side of the border, under the UK’s proposals.

According to the plans, larger companies could apply for Authorised Economic Operator status, which would minimise the level of customs checks.

However, micro-businesses and SMEs would, according to recent testimony from freight and industry figures, find such status expensively prohibitive. 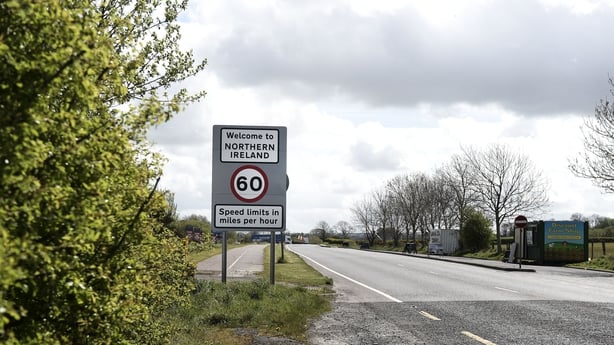 Briefings by EU sources in recent weeks have made it clear that under Mr Johnson, the UK has focused its efforts on avoiding physical infrastructure at the actual land border.

European Commission officials have made it clear that the UK appears to have retreated from the commitments entered into by former prime minister Theresa May in the Joint Report of December 2017, which aimed to avoid a hard border, physical infrastructure, and related checks and controls, as well as aiming to preserve the all-island economy and North-South cooperation.

While the UK has proposed an all-Ireland agri-food zone, in order to avoid onerous regulatory checks on food, live animals and animal-derived products, they have made it clear that both food and animal products, as well as industrial goods, would be liable to customs controls, as Northern Ireland would remain in the UK's customs union, with no customs alignment with the EU - if the proposals seen by RTÉ News are in keeping with such a position.

However, if they were to be formally tabled by the UK they would mark a stark retreat from the December 2017 promises, and would not meet the EU’s demand that any new proposals meet all the outcomes of the backstop.

The EU understands that the UK will table formal papers on customs and other elements either on Wednesday or Thursday, after Mr Johnson has addressed the Conservative Party Conference in Manchester.

Both the idea of customs posts, or "clearance sites" on both sides of the border, as well as real-time tracking of the movements of goods and vehicles, would be a highly controversial concession for the Irish Government to make. 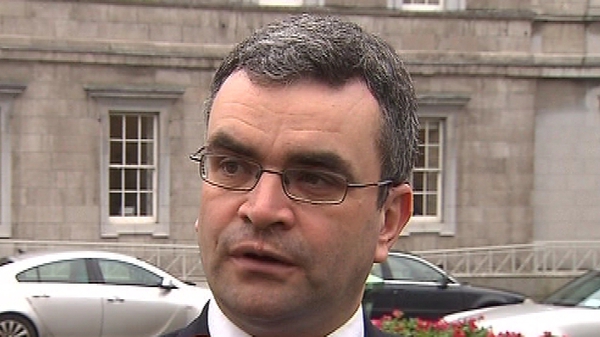