Politicians have condemned the UK "non-paper" which has proposed the creation of a string of customs posts along both sides of the Irish border as part of its effort to replace the backstop.

Fianna Fáil's deputy leader, Dara Calleary, told RTÉ News that what was described in the UK non-paper is the infrastructure associated with a hard border.

He said: "A hard border, with its infrastructure, is something which we cannot tolerate on our island."

The UK has proposed the creation of a string of customs posts along both sides of the Irish border as part of its effort to replace the #brexit backstop, RTÉ News understands. @tconnellyRTE reports | https://t.co/raX9FqIg60 pic.twitter.com/hpHPIx9MpR

However, a Government spokesman said tonight: "The EU Task force has indicated that any non papers it has received from the UK to date fall well short of the agreed aims and objectives of the backstop.

"The UK's non papers were given to the Task Force on the strict understanding they would not be shared with anyone.

"The Task Force has said it has received no credible proposals from the British.

"We have yet to see any credible alternatives to the backstop," added the spokesman.

Sinn Féin President Mary Lou McDonald said the UK proposal was "absolutely out of the question".

She said: "It's not a serious proposal from the British government and the EU and Irish authorities must make that absolutely clear and dismiss it."

She added the proposal was "vexatious and almost menacing".

Labour leader Brendan Howlin described the plan as "entirely unacceptable", adding: "that's been the position since the beginning of these negotiations."

RTÉ Political Correspondent @RTENewsPaulC says Opposition parties have rejected reported proposals by the UK for a string of customs posts on both sides of the border to break the #brexit deadlock | https://t.co/lXFq4JBx6r pic.twitter.com/yPmSnIyMhs

He said: "I don't think anyone would table such proposals with a view to securing an agreement. No matter where you locate check sites - they amount to a hard border."

The British government said this evening that it will present detailed proposals on Brexit to the European Union on Wednesday or Thursday, including on how to resolve the issue of the Irish border.

Richard Boyd Barrett, of People Before Profit, described the UK proposal as "totally unacceptable" and said the Irish Government should "reject it out of hand".

He said the UK paper illustrated the "complete disregard which [UK Prime Minister] Boris Johnson has for the political and economic future of Ireland".

Politicians in Northern Ireland have also been reacting to the UK proposal.

Alliance Party leader and MEP Naomi Long tweeted: "The issue has never been about the location of new border infrastructure but that it would be created at all. This abandons UKG pledges in 2017 and is unworkable. I really wish Govt would get its act together and recognise the seriousness of this."

The Green Parry deputy leader Catherine Martin said  the British proposal was a retrograde and potentially very damaging and represented a basic lack of appreciation of the "complexities and dividends of a difficult path to peace".

The co-leader of the Social Democrats Róisín Shortall said tonight: "The proposal is completely unworkable and displays a serious lack of understanding of the nature of the border, the volume of trade and the threat to the Good Friday Agreement. Neither would it satisfy the EU in terms of protecting the integrity of the Single Market." 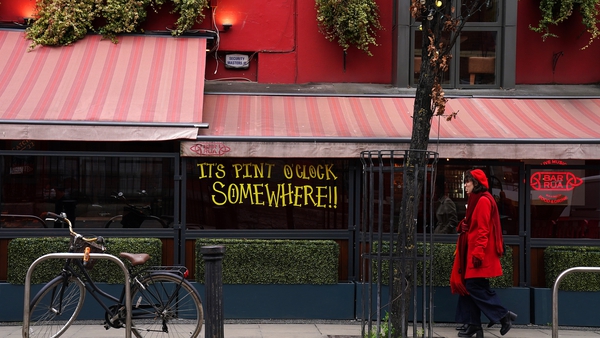