The British government is examining the possibility of the UK as a whole remaining aligned to the EU Customs Union for several years to come as a way of resolving the dilemma over its future relationship with the EU and drawing some of the controversy out of the Irish "backstop" obligation, RTÉ News understands.

The idea would be for an alternative interpretation of the agreement reached between the EU and UK in December on the Irish border issue.

It is understood that both the Irish Government and the EU Task Force are open to the idea with strict conditions.

At the same time, there is growing pressure on London to agree legally operable language on the so-called Irish "backstop", or risk a breakdown in the negotiations.

The prime minister is boxed in by Brexiteers who despise her customs partnership model, and by the EU and Dublin who will not accept the so-called maximum facilitation option, which foresees technology and customs exemptions as the way forward.

RTÉ News understands that Downing Street is looking at what might be called a third option.

It would be to interpret the December agreement in a more literal way.

The Irish "backstop", or guarantee of no hard border, finds its genesis in paragraph 49.

It states that in the absence of any other way of avoiding a hard border, the UK would, "maintain full alignment with those rules of the internal market and customs union which support north-south cooperation, the all-island economy and the Good Friday Agreement".

It is understood Downing Street is considering taking that language literally.

It is understood London would see this as a temporary fix, which gets the UK off the hook of the customs issue.

It would also be easier for London to sign up to the "backstop", since it would not necessarily lead to any customs requirement on goods going to and from Northern Ireland to the rest of the UK.

But in the toxic atmosphere that surrounds the current debate in the cabinet, officials on all sides caution that the idea would face many hurdles.

Even if the UK pursues that interpretation of the December agreement, it still leaves the issue of the rules of the single market.

In order to ensure no border infrastructure on the island of Ireland, or checks or controls, Northern Ireland would have to remain aligned with key sections of the EU single market rules.

In particular, these rules govern the regulation of agrifood products, animal health, food and plant safety.

There is also a range of single market areas that are deemed essential for the smooth functioning of scores of areas of north-south cooperation.

The third way would still, therefore, require checks on goods coming into Northern Ireland from the rest of the UK to ensure they comply with EU standards.

It is understood the EU will rule out any attempt by the UK to use paragraph 49 as a way to gain pain-free access to the single market as a whole.

While the European Commission could make an exception for the UK to remain aligned on customs, the single market would require compliance with freedom of movement and European Court of Justice oversight.

While the cabinet is fiercely divided over the future customs arrangement, there is a growing consensus that both the customs partnership idea, and the maximum facilitation model, would take years to put in place.

In that sense, officials close to the negotiations suggest that Britain would, in any case, need to seek an extension to membership of the customs union, or quickly create a new arrangement that can swiftly mirror what currently exists.

In recent days, the Tánaiste has spoken about a shared customs territory between the EU and the UK.

It is understood the European Commission is open to the idea, so long as the customs relationship between the UK and the EU was legally clear and unambiguous into the future. 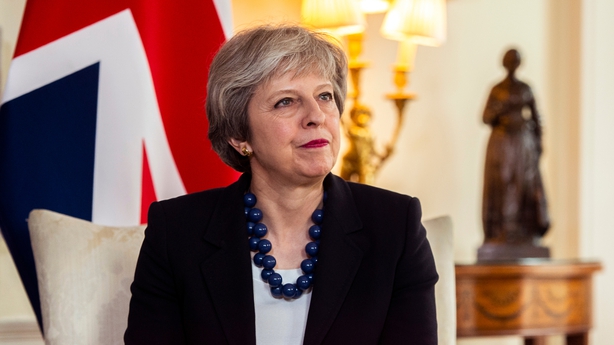 The virtue of the so-called third way is that it would make the "backstop" less toxic for Theresa May and the DUP.

Dublin would, however, insist that a the "backstop" was still legally robust and enshrined in the Withdrawal Agreement, the treaty that will guide UK out of the EU and which is due to be agreed by the end of October.

Irish officials expect that London would seek to call the future customs relationship something other than the customs union or a customs union.

It is understood, however, that any structures the EU27 agree to would have to be legally watertight and comply with World Trade Organisation (WTO) rules.

But essentially the UK would be using the Irish "backstop", and its political provenance in December’s Joint Report, as a way to resolve the deadlock that is threatening to further hold up - if not derail - the Brexit negotiations.

It is, however, likely to face stiff opposition from hardline Brexiteers who want a complete break from EU customs arrangements.

Meanwhile, Britain's Northern Secretary Karen Bradley has said there will be no new cameras on the border on the island of Ireland after Brexit.

Under this proposal, traders on an approved list or "trusted traders" would be able to cross borders freely with the aid of automated technology.

"We have said there will no ANPR [automatic number plate recognition] cameras, no new cameras, we have been clear that there will be no new physical infrastructure."