The Department of Health has confirmed 25 more deaths from Covid-19 here.

It brings the total number of deaths from the disease to 288.

It was also confirmed that 480 new cases of coronavirus have been identified.

The total number of Covid-19 cases now confirmed in Ireland is 8,089.

Initially the department had announced a figure of 7,054 but revised that this evening to include test results from Germany.

The department said to date there has been 14,000 samples returned from German labs, of which 1,035 were positive.

When those figures are included it brings the total number of confirmed cases in Ireland to 8,089.

The total number of confirmed cases of COVID-19 in the Republic of Ireland is 8,089, it has been confirmed this evening.

Chief Medical Officer Dr Tony Holohan has said the range of ages of people who died in Ireland after a Covid-19 diagnoses since the outbreak began is from 32 to 105.

He also said that 62 people who have been admitted to Intensive Care have been discharged.

23 of the latest deaths were located in the east and two in the west of country.

The patients included 11 women and 14 men and the median age of the latest reported deaths is 85.

16 people were reported as having underlying health conditions.

It comes as the HSE has confirmed that it now has the capacity to process 4,500 tests for coronavirus per day.

This figures come as the European Centre for Disease Control showed Ireland has 12% more confirmed cases of Covid-19 than the official press release here said.

The ECDC day website is showing that 7,393 people in Ireland have tested positive for Covid-19 up to Thursday 10 April.

This compares with the total of 6,574 confirmed cases reported by the Department of Health through their press release on Thursday.

The discrepancy equates to additional 819 cases which is 12% more than the amount reported in the media here and also published on the official Health Protection Surveillance Centre website daily.

The numbers listed by the ECDC are officially supplied to them from Ireland by the Department of Health.

The difference between the two numbers is yet to be clarified by the department but it is understood to relate to the results a large number of swab tests sent to Germany for analysis in order to clear the backlog and testing in Ireland.

The results of those tests have been coming in over recent days and according to Dr Holohan, about 13% of the most recent batch returned from Germany tested positive.

However, it appears that those positive test results were not included in the headline figures reported to the media by the department of health so far. 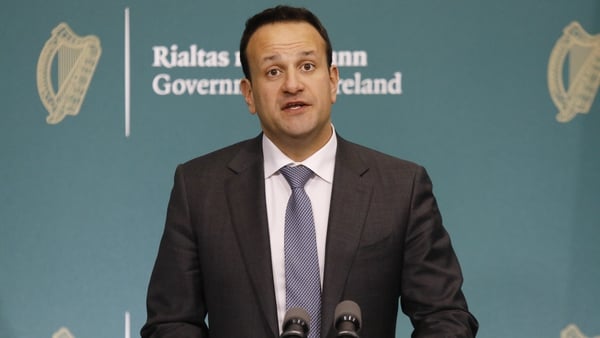 Coronavirus measures to remain in place until 5 May