The 78th Golden Globe Awards take place in Beverly Hills and New York on Sunday night, and Irish eyes are on Brendan Gleeson, the animated adventure Wolfwalkers and the TV phenomenon Normal People. We take a closer look.

You can watch the Golden Globes on RTÉ2 on Monday from 9:00pm.

Brendan Gleeson
The Nomination: Best Performance by an Actor in a Television Supporting Role (The Comey Rule)

Last December, Gleeson told US entertainment industry website Deadline that a number of factors were telling him that starring as Trump in The Comey Rule was an offer he should refuse.

"I was unsure I was going to learn anything about him from what was there," he recounted. "Because it's really Comey's story; this isn't an exploration of Donald Trump. I knew this stuff about his public persona; I didn't really understand any more about his private motivations beyond the political or beyond whatever.

"Also, I had a reluctance to invite him into my life in that kind of way - the degree of belligerence and all of that. But also, with the circus that's with it... If I have an artistic goal where I feel I'm really exploring something, the rest of the stuff doesn't count. If I'm not really going anywhere with it... It was a lot to bring in, even in an emotional sense. I wanted it to be worth something."

After talking with his family, reading the script again and deciding that he "really wanted the acting challenge", Gleeson took on the role. With it has come his fourth Golden Globe nomination - following on from nods for The Guard, Into the Storm and In Bruges. An Emmy nomination this summer appears to be a formality.

Back to Sunday night, Small Axe star John Boyega is the favourite in Gleeson's Globe category, but if James Comey had a vote, it's clear where it would be going...

While telling the story of his fateful White House dinner on The Late Late Show in January, Comey said: "He [Trump] began the dinner by asking me whether I wanted to stay [as FBI Director], which was so odd. And then it became clear he was trying to get something in exchange for pretending like he hadn't already asked me to stay. And then it came very early on: 'I need loyalty. I expect loyalty'. And Brendan Gleeson captures that in a way that was so real that watching him made me feel ill.

"I'd never met Brendan Gleeson or Jeff Daniels and I went one day to the set in Toronto and they were filming that and the two of them had not rehearsed. They hadn't really spoken to each other because they wanted to maintain that distance that Trump and I had. I watched them and afterwards met then and they said: 'What did you think?' I said: 'The highest compliment I can pay you is you just ruined my day'."

How a Gleeson win would make a nation's night.

How's this for a sweet story to match anything that Kilkenny's Cartoon Saloon have put on screens? Wolfwalkers directors Tomm Moore and Ross Stewart have been pals since they were 11-years-old.

Their new film for the Marble County's animation powerhouse took up seven years of that friendship and scrubs up for the Golden Globes having already won a slew of gongs from US film critics and, most recently, Best Animated Feature at the International Press Academy's Satellite Awards.

Cartoon's Saloon's The Breadwinner was previously shortlisted for a Golden Globe in 2018, losing out to Pixar's Coco. The pundits think history will repeat itself this year, with Pixar's existential music movie Soul preventing Moore, Stewart and the team on the Ireland-Luxembourg co-production from howling at the moon in the early hours of Monday morning. Still, you'd like to think there might be an upset...

On the subject of a perfect world, Wolfwalkers should have been the must-see kids' movie last Christmas. Instead, the AppleTV+ collaboration will be back on Irish cinema screens whenever the popcorn starts flowing again - one of many things to look forward to in the (hopefully) not-too-distant future.

Set in Kilkenny during the Cromwellian conquest of Ireland, Wolfwalkers follows The Secret of Kells and Song of the Sea as the closing movie in Cartoon Saloon's folklore trilogy. It's the story of an apprentice hunter that travels with her father to Ireland to destroy the last wolfpack. Once outside the city walls, she befriends a mysterious, free-spirited girl - and the adventure truly begins.

Continuing Cartoon Saloon's strong ecological message, Wolfwalkers was described by Moore in an interview with Variety as "the biggest and most intense production of my career". Many also contend that it's his company's best film to date.

The accolades won't end with the Globes, either: Wolfwalkers is a shoo-in for an Oscar nomination, following in the footsteps of The Breadwinner, Song of the Sea and The Secret of Kells.

There was no shock in seeing Normal People among the limited series contenders; Paul Mescal missing out was. Indeed, this year's Globe nominations proved to be a reversal of last summer's Emmy shortlist, when the Kildare man was among the chosen few but British co-star Daisy Edgar-Jones didn't make the cut.

The Globe nods for Normal People and Edgar-Jones come at the end of a remarkable 12 months for Dublin company Element Pictures, which made the series for the BBC and Hulu.

This time last year, the only people who knew about the world of Connell and Marianne were those who had read Sally Rooney's book. When Mescal appeared on The Ray D'Arcy Show on RTÉ Radio 1 in early February 2020 - an interview that now seems quaint - he expressed his hope that viewers would like the upcoming series, adding that his CV was online, should anyone want to hire him. Twelve months on, well...

On Sunday, Normal People and Edgar-Jones will have their work cut out, with The Queen's Gambit and its star Anya Taylor-Joy the runaway favourites in their two respective limited series categories. At the Emmys, Normal People had double the amount of nominations - Mescal, director Lenny Abrahamson, Rooney and co-screenwriter Alice Birch and casting director Louise Kiely - and went home empty-handed, but with everyone's stock enhanced considerably. The same goes for this weekend.

And there is still plenty for fans to be excited about. Across the Atlantic from the Globes, the BAFTA Television Awards are set to take place in London in June - it's guaranteed to be a different story for Normal People at the height of summer.

There's also the TV adaptation of Rooney's first book, Conversations with Friends to look forward to - reuniting the author with co-writer Birch and director Abrahamson, and with RTÉ joining Element, the BBC and Hulu in the production mix. Filming is due to begin this year for a 2022 premiere. So, fingers crossed for more Globe nominations in two years' time. 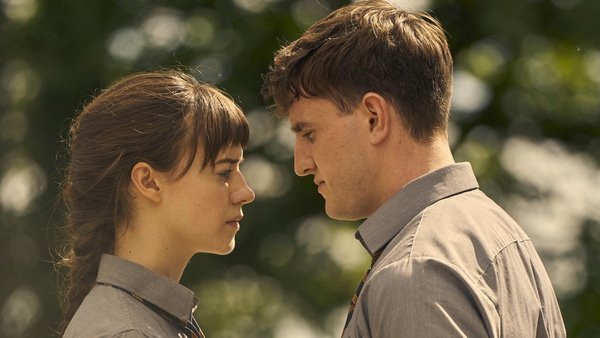 Golden Globes: all the nominations in every category 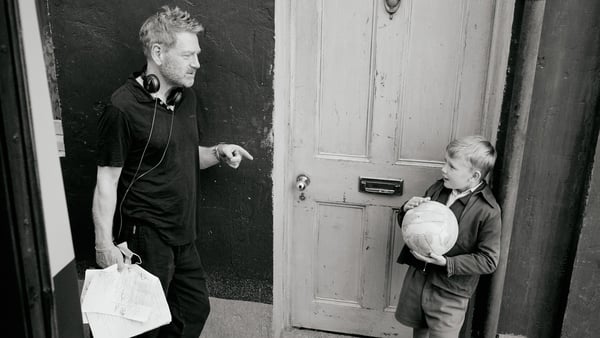