Having made two terrific films (Six Shooter, In Bruges) for Martin McDonagh, Brendan Gleeson has teamed up with Martin’s brother, John, to deliver one of the most satisfying films of the Dublin actor’s rich and varied career.

On paper, the story of a small-town cop (Gleeson) reluctantly teamed with an FBI agent (Don Cheadle) to investigate a smuggling ring sounds suspiciously like your average buddy cop movie but The Guard is anything but a formulaic yarn. This is thanks mainly to McDonagh’s razor-sharp script and Gleeson’s pitch-perfect portrayal. A tour de force opening scene involving a car crash and some local joyriders pretty much establishes the tone of the piece and alerts us to the fact that Sgt Gerry Boyle is an unorthodox cop whose even temperament derives from the fact that he has a chip on both shoulders. Having to investigate a drugs ring around his west of Ireland turf is bad enough, but being paired with straight-laced FBI agent Don Cheadle isn’t exactly helping his mood.

Already a hit at the Sundance, Tribeca and Berlin film festivals, The Guard is notable for subverting the buddy-cop genre with its gleefully non-PC outlook.

It’s a difficult tightrope to walk but the chemistry between the rascally Gleeson and the long-suffering Cheadle is priceless. Though both stars are terrific, the noteworthy supporting cast includes Liam Cunningham (an actor who has appeared in many of Brendan Gleeson’s films and been shot by his fellow Dub in most of them!), Mark Strong, Pat Shortt and the great Fionnula Flanagan as Gleeson’s ailing mom. Indeed if the relationship between Gleeson and Cheadle is at the core of the film, the relationship between Gleeson and Flanagan is its heart.

All in all an arresting experience. Don't miss! 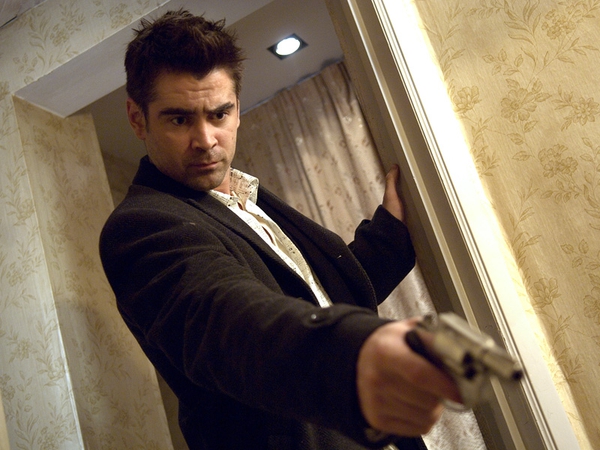