Irish actress Eve Hewson, who is the daughter of U2 frontman Bono and activist and businesswoman Ali Hewson, has been signed by Hollywood talent agency CAA.

According to The Hollywood Reporter, the Dublin-born star has changed agencies having previously been with United Talent Agency (UTA).

Last month, 25-year-old Hewson wrapped filming on the big-budget movie Robin Hood: Origins, in which she plays Maid Marian alongside Taron Egerton as the titular hero.

It has been described as a "gritty, revisionist take" on the Robin Hood legend.

Hewson will next appear opposite King Arthur actor Charlie Hunnam in a remake of the 1973 prison escape drama Papillon.

Her previous acting credits include the Steven Soderbergh-directed TV series The Knick, Steven Spielberg's Bridge of Spies, romantic comedy drama Enough Said and This Must Be The Place.

The actress previously revealed that her dad wasn't keen on her choice of acting as a career, but she managed to convince him it was her dream.

She also said that having a famous father didn’t help her secure Hollywood roles.

"What's great about Hollywood is that it is so cutthroat, and it really f***ing doesn't matter who you are. If you're not right for the part, you're not right the part. No director is going to sacrifice their film because they want someone's famous kid in it for a headline." 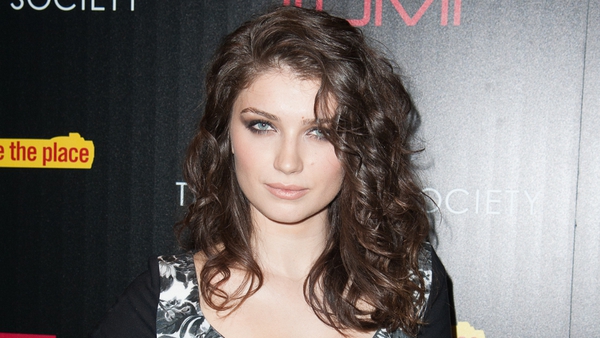