Director Ron Howard, who is taking over the reins on the upcoming Han Solo movie from original directors Phil Lord and Chris Miller, has described the Star Wars spin-off as "a little opportunity that came my way".

A tumultous week in the galaxy far, far away saw Lord and Miller depart the prequel with three-quarters of the movie completed, citing "creative differences".

US trade daily Variety reports that Howard was taking the upheaval - and the task of getting the film in the can - all in his stride when he spoke at the Cannes Lions advertising and media conference in France on Friday.

I'm beyond grateful to add my voice to the Star Wars Universe after being a fan since 5/25/77.

"I've been a fan forever," the Beautiful Mind Oscar winner told the audience. "It's gratifying to be asked to lend my voice."

I hope to honor the great work already done & help deliver on the promise of a Han Solo film.

Lucas told Howard he was planning a "fun" sci-fi movie that would use similar effects to Stanley Kubrick's 2001: A Space Odyssey.

Howard, whose others films include Cocoon, Apollo 13 and three Dan Brown adaptations, went on to say that he and his wife Cheryl had queued for two hours on the day the original Star Wars opened in the US on May 25, 1977.

"I was so moved by the movie," the former Happy Days star recounted. "I was transported by the movie… We literally left almost speechless."

The couple then decided they wanted to see it again, and queued for another 90 minutes.

Howard has already begun work on the Han Solo adventure, which stars Hail, Caesar! star Alden Ehrenreich in the lead role. It will resume filming on July 10 with previously scheduled reshoots pencilled in for later in 2017.

As Howard takes the controls, Star Wars fans have been reading scathing reviews for The Book of Henry, the new film from Colin Trevorrow - the man tasked with bringing Star Wars: Episode IX to screens in June 2019.

Before fans get to give their verdicts on Howard and Trevorrow's Star Wars movies, they have director Rian Johnson's Star Wars: The Last Jedi to look forward to in cinemas this December. 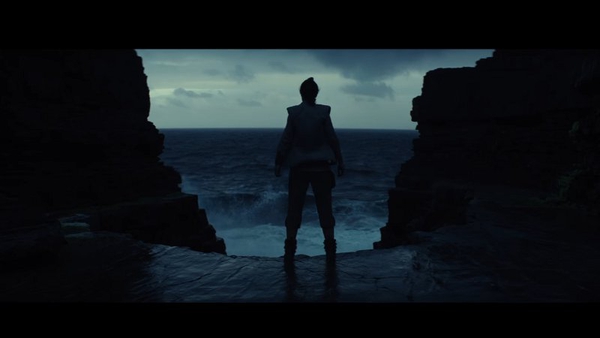 Last Jedi teaser clip is all about Skellig Michael