The Irish Film Board and Irish Film & Television Academy have unveiled the four stars in the running for the prestigious Rising Star award at this year's IFTA Film & Drama Awards; Barry Keoghan, Seána Kerslake, Patrick Gibson and Peter Foott.

Selected by a special jury and sponsored by the Irish Film Board, the Rising Star Award is a unique IFTA Award in that it puts an international spotlight on Irish creative professionals (actors, directors, writers) who have not only honed their crafts in the formative years of their career, but who have also excelled in their respective fields.

From his Fair City and Love/Hate days to taking on the big screen in '71 and Trespass Against Us, Barry Keoghan's star continues to rise. Soon to be seen in the upcoming Christopher Nolan film Dunkirk, Keoghan has a very busy 2017 ahead of him with as he films roles in Lance Daly's Black '47 and Bart Layton's American Animals.

Seána Kerslake burst onto our cinema screens in 2012's Dollhouse and last year's A Date For Mad Mary and has an impressive catalogue of short films under her belt. Most recently seen on RTÉ's Can't Cope, Won't Cope, which is now BBC Three-bound, Kerslake has been dubbed one to watch, and the Irish Scarlett Johansson.

Making his feature film debut with the critically acclaimed Young Offenders, which he wrote, directed and co-produced, Peter Foott experienced the biggest opening weekend at the Irish Box Office of any Irish Film in 2016 and he has big plans for the coming year.

Breakout star of Netflix series The OA, Patrick Gibson began his TV career in BBC Children's drama Sherlock Holmes and the Baker Street Irregulars in 2007 before going on to star in The Tudors. Working with Oscar-nominated director Lenny Abrahamson in his 2012 film What Richard Did, Gibson's talent has seen him go far and it's looking like his career is only getting started.

The IFTA Film & Drama Awards will take place at the Round Room of the Mansion House, Dublin on Saturday, April 8 and will be broadcast on RTÉ One. 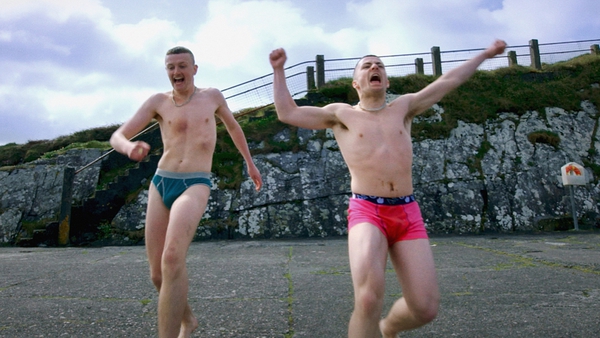