Starred-Up’s Jack O'Connell plays a British soldier who gets separated from his unit during a riot in West Belfast in 1971 in this fast-moving and bloody thriller.

Caught in the warren of streets and the walkways of the Divis Flats, Private Hook finds himself running scared from opposing IRA splinter groups and loyalists, all of whom wish to use him to their own ends.

But it's the spineless machinations of British Intelligence which may really decide his fate as the warring factions close in on him. It’s directed at a blistering pace by Yann Demange making his feature film debut, much of it on hand-held camera recalling the chaotic vérité of Paul Greengrass. The fog of war is well captured, the urban battleground lit by burning cars and sickly neon.

We first meet Hook in basic training in the dales of Yorkshire, bonding with his battalion before they’re shipped out for the harsh reality of action in Belfast (“You are not leaving the country” they are told by their CO).

Thrown into the tinderbox of Belfast in the early seventies, the young private is humanised and his terror and confusion is palpable. There are no heroics here. The ill-prepared Hook spends the night hiding out in toilets, dodging bullets, and, in one shocking moment of random carnage, narrowly avoiding a pub bombing which lays waste to numerous civilians.

O'Connell gives his all in what is a very physical role and the strong cast also includes Love/Hate's Charlie Murphy and Killian Scott and David Wilmot as an IRA man who is playing a dangerous game of his own.

It's visceral stuff and Yann and screenwriter Gregory Burke don’t take sides. ’71 is a vertiginous and sickening journey into the past darkly to an era of military incompetence, sectarian savagery, and the lives of ordinary people scarred forever.

Interestingly, following the release of Irish War of Independence drama A Nightingale Falling, this is the second film in recent weeks about a British soldier going missing in Ireland. ’71 is the far more bloody and real of the two. 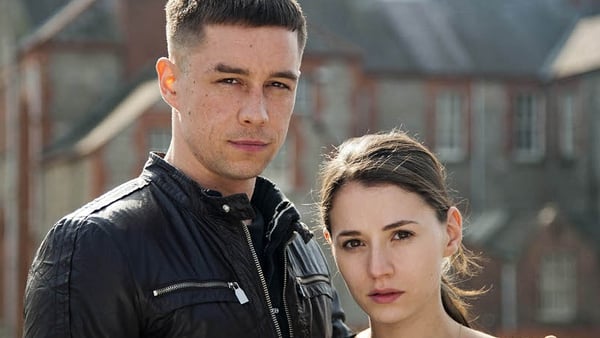