Through his granddaughter’s marriage to Maurice Fitzgerald, 3rd baron of Offaly, the Castle passed into the possession of the FitzGeralds of Kildare. Kilkea Castle is particularly associated with Gerald FitzGerald, the 11th Earl of Kildare, also known as the ‘Wizard Earl’ due to his interest in alchemy. The neighbours around Kilkea Castle believed he possessed magic powers.

While practising his black art one evening the earl of turned into a bird a cat pounced and he vanished. Now he must ride on a silver-shod horse for 700 years.

Kilkea Castle is now a hotel, but they won’t put guests into the Wizard Earl’s black magic room...

An RTÉ News report by Deirdre Purcell broadcast on 31 October 1980. 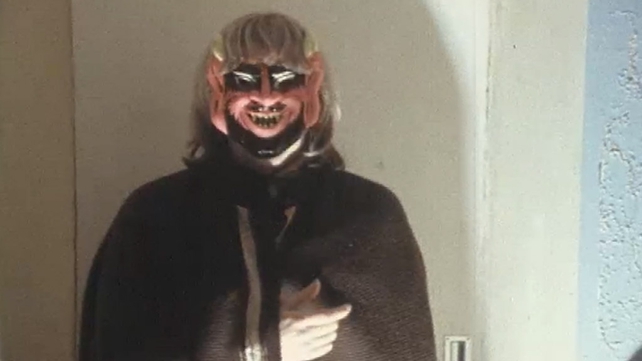