The three men were killed at Dublin Castle on Sunday 21 November 1920. The same day 14 people were killed at Croke Park by the Royal Irish Constabulary and a network of British spies were killed by the IRA.The day became known as Bloody Sunday.

Following the mass, the President, the Taoiseach, family members of the three men watched a parade from the balcony at Dublin Castle. 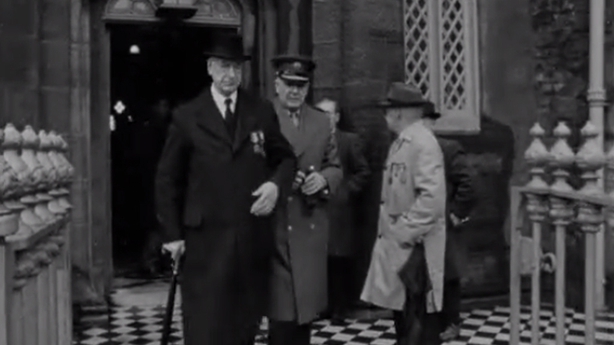 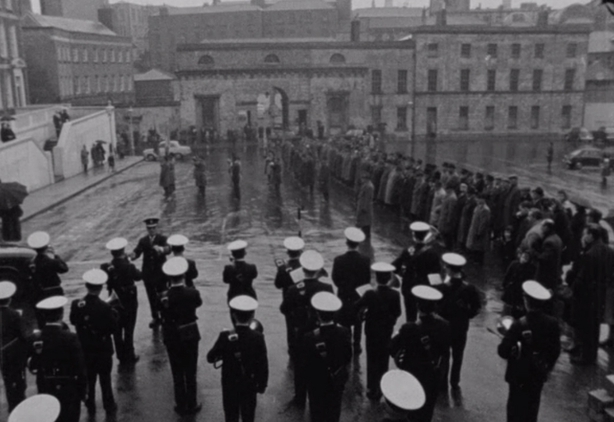 Three shots were fired by members of the Old IRA and Fianna as The Last Post played.

An RTÉ News report broadcast on 21 November 1965.  The footage shown here is mute.