An Irish New York policeman gets the parade started in the Big Apple. In Cork a Viking ship is popular with spectators.

Mike Burns reports from the world's biggest St Patrick's Day parade in New York with 150 bands and 125,000 people taking part in the parade and a million people lining the sidewalks.  The 1968 parade was the 206th St Patrick's Day Parade.

The biggest St Patrick's Day demonstration of its kind anywhere in the world.

All the counties are represented at the parade as well as the many Irish associations. 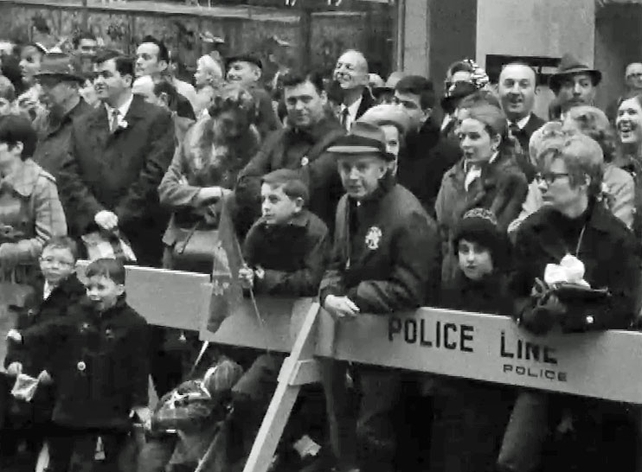 Robin O'Sullivan reports from the crowded Cork City parade where one of the stand out floats is from Córas Iompair Éireann (CIE) depicting a Viking ship. The government was represented at the parade by Tánaiste Frank Aiken. 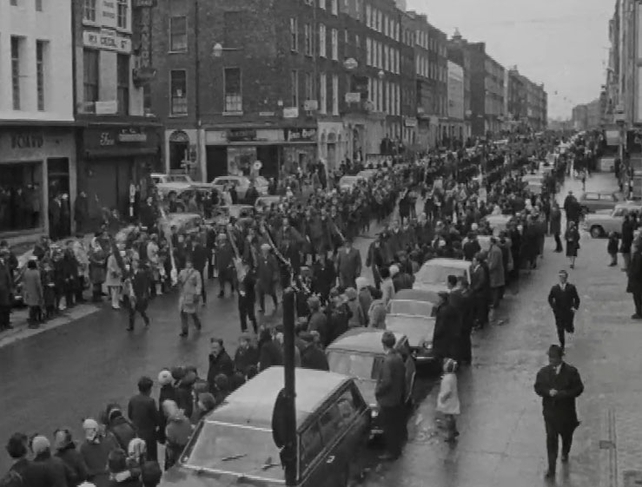 An RTÉ News report broadcast on 17 March 1968. The reporters are Mike Burns and Robin O'Sullivan.