Falconers pursue game with their birds of prey.

The hunting of wild quarry in the natural environment using trained birds of prey known as falconry is one the oldest forms of taking game. While the sport is legal, it is not widely practised in Ireland.

In this film, falconers in dressed in hunting attire gather with their birds of prey in advance of a hunt. The sounding of hunting horns starts proceedings.

To hunt with a bird of prey, falconers must have access to suitable hunting land, with sufficient numbers of quarry species. Here the hunters have hunting dogs to flush out pheasants hiding in the crops. They also have a ferret to chase rabbits out from their underground burrows.

When the hunt is over a number of the falconers get into their cars, still carrying their birds on their arms.

This episode of ‘Broadsheet’ was broadcast on 29 November 1962. The footage shown here is mute. 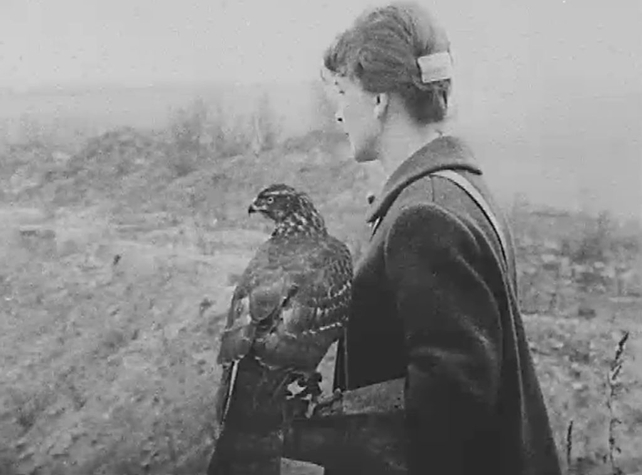