'A Job of Journeywork' travelled to Killybegs in County Donegal to hear two young musicians, Mairéad Ní Mhaoinaigh and Frankie Kennedy, playing in a pub session.

Mairéad Ní Mhaonaigh (on fiddle) and Frankie Kennedy (on flute) perform the reels ‘John Brennan's’ and ‘The Boys of Ballinahinch’.

Mairéad Ní Mhaonaigh and Frankie Kennedy later married, and formed the group Altan in 1987 with Ciarán Curran on bouzouki, Mark Kelly on guitar, and were joined later by Paul O'Shaughnessy, also on fiddle.   With Irish language traditional songs from Donegal as their main influence, Altan signed with Virgin Records in 1996, the first Irish traditional music band to be signed to a major label.

This episode of 'A Job of Journeywork' was broadcast on 30 April 1978. 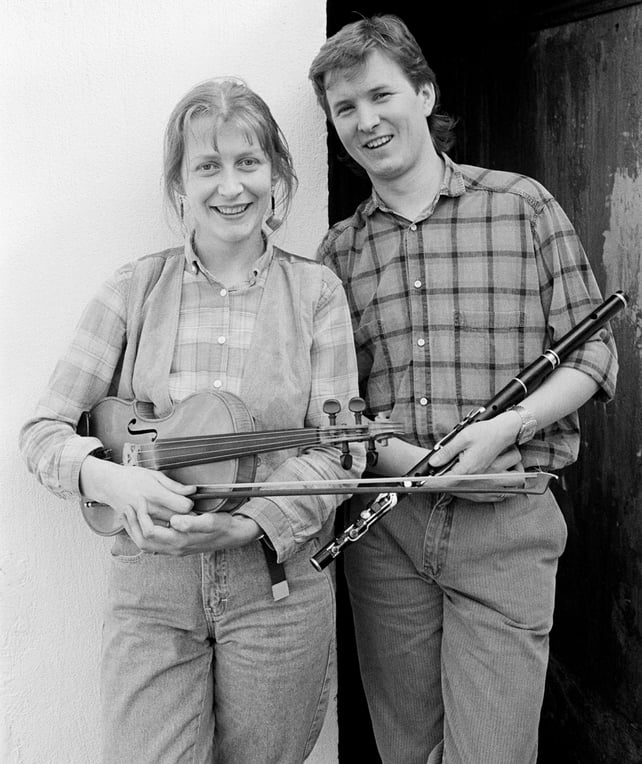 'A Job of Journeywork' was a traditional music series featuring song, dance and storytelling which ran from 26 March to 7 May 1978, and was recorded in different locations around Ireland.  Ciarán MacMathúna was the main presenter, but Mícheál Ó Súilleabháin and Dolly McMahon also presented programmes.  Peter Canning directed.