The story of the nativity is put to music in a stage production at the Cork Opera House.

'Rock Nativity' stars a host of Irish talent including Johnny Logan as Joseph and Deirdre White as the Virgin Mary. The production was billed in the RTÉ Guide as

A contemporary musical version of the greatest story ever told - that of the birth of Christ.

The excerpt presented here shows the opening sequence to the show.

RTÉ Television's 'Rock Nativity' was recorded in October 1980. Written by David Wood and with music by Jackie Trent and Tony Hatch, the programme was broadcast on Christmas Eve in 1980. 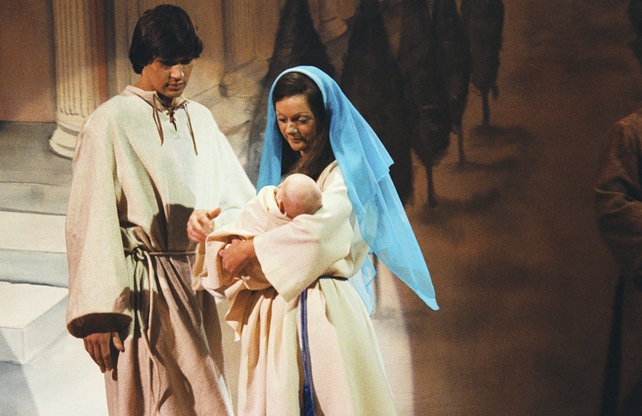 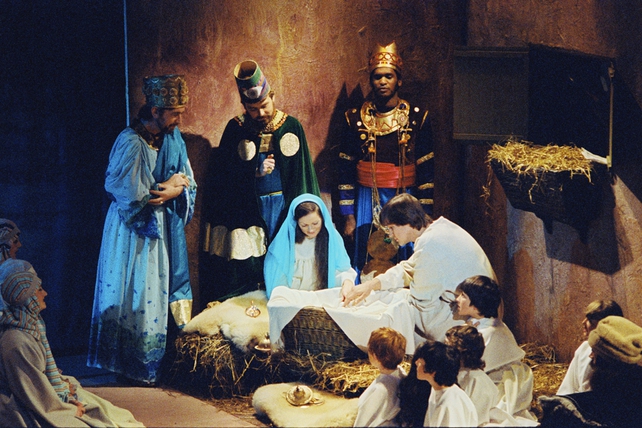