Artist and cartoonist Terry Willers (1935-2011) at his home in County Wicklow talks about his series of leprechaun cartoons.

This notoriety provided many further opportunities to use his talents in the world of advertising. With the economy in recession and less work Terry Willers has turned his hand to a series of leprechaun illustrations which have proved particularly popular with American tourists.

An RTÉ News report broadcast on 19 February 1985. The reporter is Peter McNiff. 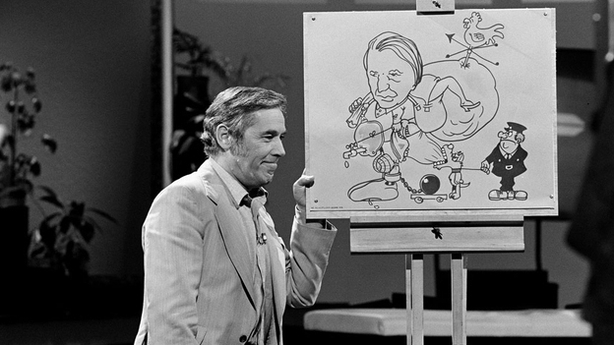 Terry Willers on 'The Live Mike' in January 1981