'Ditto', a short animated version of the history of evolution, produced by Jim Jones and Jan Mitchell of the RTÉ Graphics Department.

The colour animation was Ireland's contribution to a series of cartoons made by European broadcasters and sponsored by the European Broadcasting Union in 1971. It won third prize at the International Festival for Animated Films in Barcelona. The clip above is the opening sequence.

'Ditto' was the brainchild of Jan Mitchell, who later designed the puppet 'Bosco' for the popular RTÉ children's TV show of that name. Jan did the artwork for 'Ditto' with artists Joan O'Gorman and Al O'Donnell. 'Ditto' was produced and directed by Jim Jones with camerawork by Günter Wulff and background music by Louis Stewart. 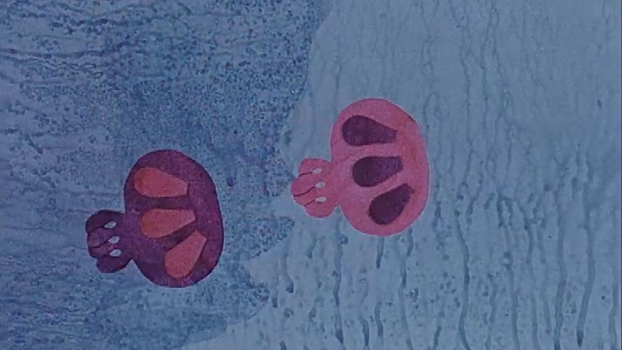