'A Christmas Childhood' by Patrick Kavanagh is one of 10 poems shortlisted for 'A Poem for Ireland'. The public has until 8 March 2015 to vote for their favourite poem. RTÉ Archives has been looking at each of the poets in turn, and will publish a clip on a poet every day until the end of the week.

Kavanagh (1904-67) was born in Monaghan. He recreates his childhood experience of Christmas in the shortlisted poem. Kavanagh worked as an apprentice shoemaker to his father and then on the small family farm. In 1939, he moved to Dublin, where he became a full-time writer. From 1963 to his death he had a weekly column in the RTV (now RTÉ) Guide.

Actor Ian McElhinney reads from 'A Christmas Childhood' in this extract from 'Gentle Tiger', a documentary made to commemorate the 20th anniversary of Kavanagh's death. The poet's brother Peter Kavanagh then tells Augustine Martin about everyday life during their childhood in an interview filmed in the family home in Monaghan. 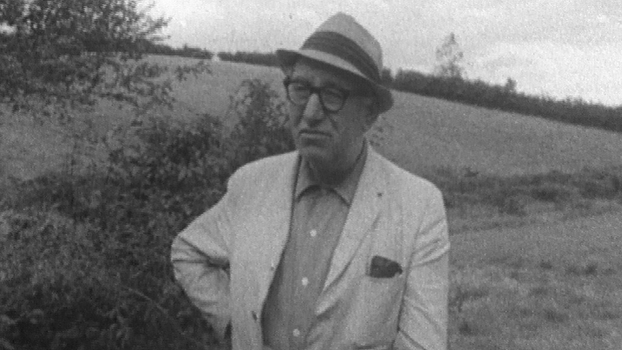 A POEM FOR IRELAND
POEM