Experts from 20 European countries met in Kilkenny in 1989 to discuss the future of Teletext services. The conference was hosted by RTÉ at Butler's Castle.

RTÉ began transmitting Aertel, a teletext news and information service, on 22 June 1987. Information on foreign, national and regional news, sport, finance and agriculture, weather forecasts, and television and radio listings were all made available free of charge. To avail of the Aertel service, the viewer required a television set equipped with a teletext converter or decoder. 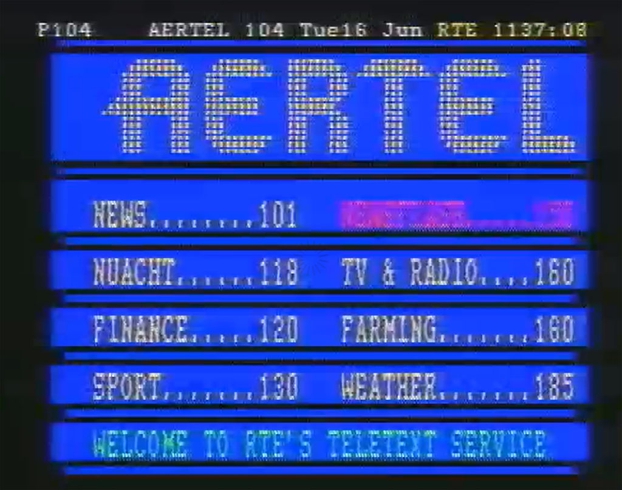