The 12-year-old American had come to join some school friends and their teacher Rick Van Nuys on a holiday touring around Ireland. His sister Kara and father Senator Edward Kennedy were due to arrive at a later date.

Edward, also known as Teddy, is greeted at the airport. He is surrounded by friends and photographers keen to snap the nephew of the late US President John F. Kennedy.

An RTÉ News report broadcast on 19 June 1974. The footage shown here is mute. 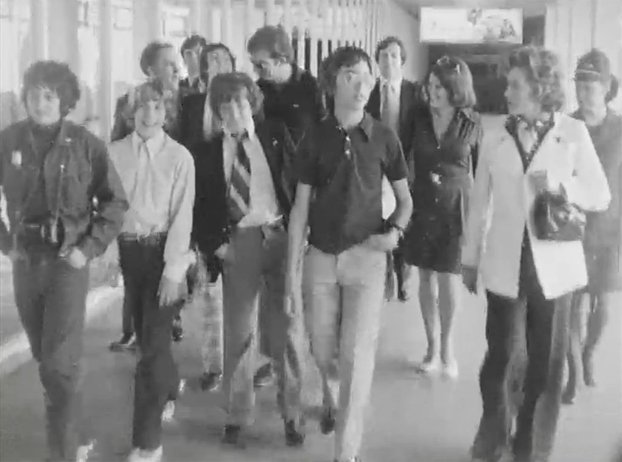