Three recovered paintings from the Beit collection were unveiled to the press on 29 April 1994 at a special showing in the National Gallery.

The paintings had been stolen twice, once in 1974 and again in 1986 from the home of art collector Alfred Beit at Russborough House in Wicklow. The priceless works were 'A Lady Reading a Letter' by Johannes Vermeer, 'A Young Man Writing a Letter' by Gabriel Metsu and 'Portrait of Dona Antonia' by Francisco de Goya. They had been found in Belgium and returned to the National Gallery of Ireland, where they had been due for transfer just before being stolen for the second time.

Una O'Hagan reports for RTÉ News on 29 April 1994. She talks to National Gallery director Raymond Keaveney, who is immensely relieved by their return. 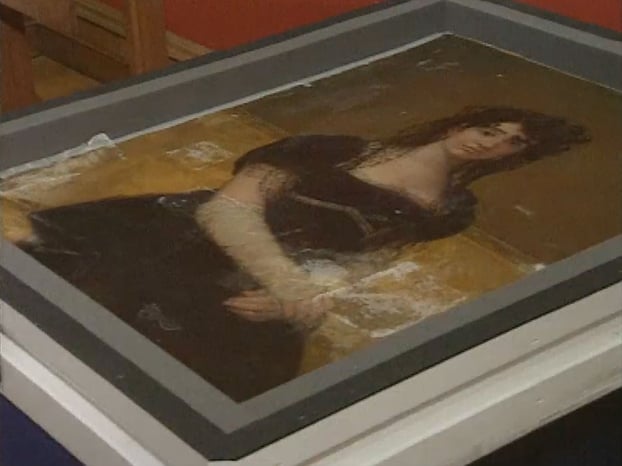