The Vatican has sent a letter to bishops around the world giving the seal of approval for altar girls.

Altar girls are not entirely new to Ireland. Saint Fergal's Church in Bray, County Wicklow has actively sought out altar girls for the Sunday service. This practice attracted some criticism from both clergy and lay people. Rome's position has been that females are not allowed to act as altar servers. However, today the Vatican has confirmed that the practice can be performed by lay people, either male or female.

While this can be seen as a step forward for women within the church, the Vatican stressed that the new ruling would have no impact on the Catholic Church's continued opposition to the ordination of women.

This report includes an interview with Reverend Colm O'Reilly, Bishop of Ardagh and Clonmacnoise.

This RTÉ News report by Teresa Mannion was broadcast on 14 April 1994. 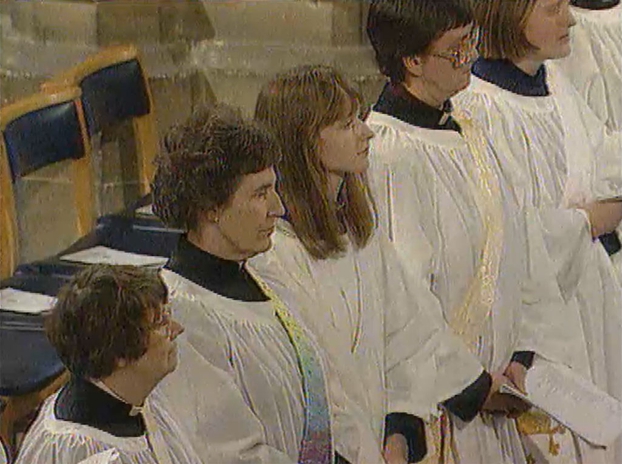