A GAA match in Sligo highlights the numbers of young people emigrating from the west of Ireland.

As the latest generation of Irish emigrants return to Ireland for the Christmas break a team of visiting exiles pitted their football skills against Easkey GAA club in Sligo.

The Shannon Blues are based in Boston in the United States, but their members come from all over Ireland. Reporter Tommie Gorman says the phenomenon they represent continues to occur throughout the country. Local priest Fr Brian Conlon tells him that the vast majority of 18-30 year olds from the Easkey area are now living abroad, and that

It's having a devastating effect... eventually we will end up with only having young people and old people in the area...you won't have a proper community.

The Shannon Blues lost to the home team in the match, which was played in Easkey on 8 January 1989. 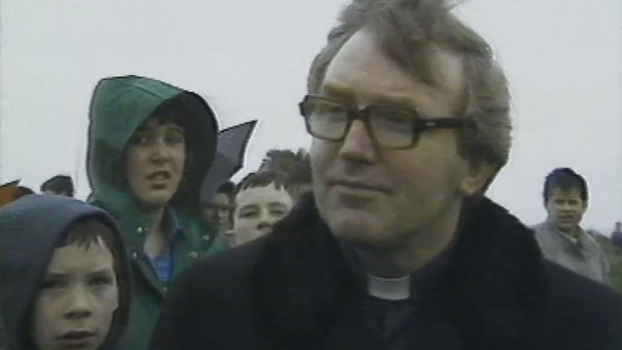