For the first time television cameras filmed inside an Irish prison when Radharc went to an institution for young offenders.

Fr Joe Dunn reports from inside St Patrick's Institution for Young Offenders in Dublin. He talks to some of the boys who are serving sentences and asks them how they ended up there.

St Patrick's Institution opened in 1956 and concerns were raised over the years about conditions inside and its location on the grounds of Mountjoy Prison.

'Radharc' was produced for RTÉ by Radharc, an independent production company run by Catholic priests and lay staff. Between 1961 and 1996 the Radharc team produced over 400 films in Ireland and 75 countries worldwide. The films dealt with human rights, injustice, faith, religion, persecution, struggles against oppressive regimes, famine, and Christian heritage.

'The Young Offenders' was broadcast on 12 September 1963. 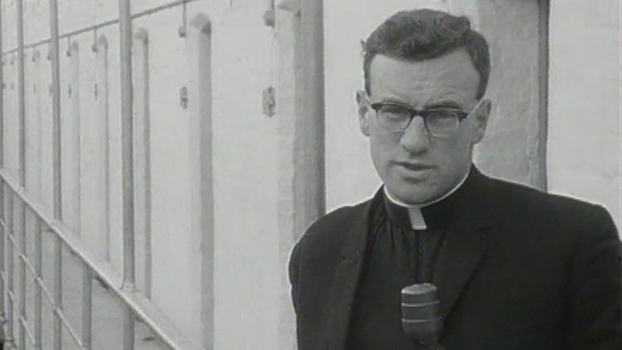