On 1 July 1990 Nelson Mandela arrived in Ireland for a two day visit.

At a ceremony at the Mansion House Dublin, Mandela received the Freedom of Dublin. Two years previously, while still in a South African jail, Mandela became the second political prisoner ever to receive the Freedom of Dublin. (The first was given to Lord Mayor of Dublin Timothy Daniel Sullivan in 1887 for supporting the rights of Irish tenant farmers). Mandela had promised that some day he would come to Dublin to collect this honour. Mr. Mandela had his own words for the occasion.

You have given refuge and aid to so many South Africans. And for this, we are deeply grateful. 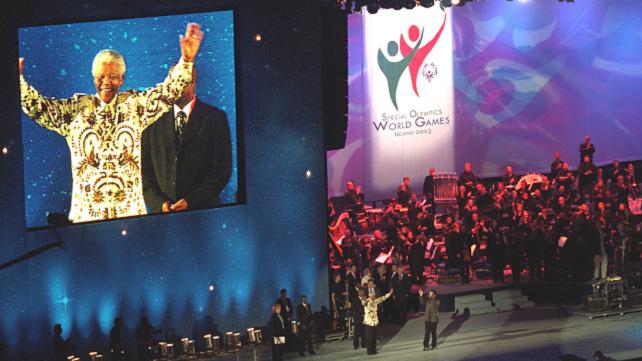