RADIO
Live commentaries on Saturday Sport and Sunday Sport on RTÉ Radio 1 and in Irish on Raidió na Gaeltachta.

Sunny spells and scattered showers on Saturday afternoon. The showers will be most frequent in the south and east but by evening most areas will be dry. Highest temperatures of 12 to 15 degrees in a moderate to fresh northeasterly breeze.

Sunday will be dry with sunny spells during the morning but well scattered showers will pop up in the afternoon and evening. Highest temperatures of 11 to 15 degrees, with the light to moderate northeasterly wind continuing.

The frenetic championship schedule continues this weekend with the second round of games for all six Leinster counties and a first in Munster for Clare.

The Easter start lacked any big surprise results so we will hope for a little more drama this time around.

Limerick v Waterford on Saturday is a potential All-Ireland-final dress rehearsal but, given that both counties made winning starts last weekend and look well set to qualify, more probably hinges on the contests in Wexford and Thurles.

Do or die for Dublin?

Dublin and the Yellowbellies will both have been eyeing this fixture as one they need to win to book a top-three spot in Leinster.

The Dubs made harder work than expected of Laois last week, hitting 18 wides and only winning by two points at Parnell Park.

Wexford got the rub of the green with that controversial decision to overturn a late Galway free but they had impressively fought back from six points down in the closing 10 minutes to put themselves in that position.

Lee Chin, who hit that late free among five he scored off the bench, is once again named among the subs but will still be expected to start in a game Wexford are now favourites to win - even though they have only beaten the Dubs once in their last six meetings.

Mattie Kenny has made two changes up front - Rian McBride and Aidan Mellett come in for Davy Keogh and Eamonn Dillon.

If Dublin lose, they will likely need to beat either Kilkenny, in their only other home game on 14 May, or Galway in Salthill in the last round the following week.

A draw would keep Wexford a point ahead.

Elsewhere in Leinster, Galway will look to take out their frustration at home to a Westmeath side who put it up to Kilkenny before shipping four goals in the second half.

Conor Whelan is replaced by David Burke after tweaking a hamstring against Wexford. Jason Flynn and Ronan Glennon remain out with similar injuries.

The Cats welcome Laois to UPMC Nowlan Park for the first championship fixture between the neighbours since Brian Cody's maiden summer in charge 23 years ago.

TJ Reid makes his first start of the season after hitting 1-04 off the bench against Westmeath. Laois will be missing captain Podge Delaney and Ross King due to injury.

The O'Moore men last beat Kilkenny in the 1951 championship and Cody will expect his men to still be top of the provincial pile on Saturday evening.

Tipperary surprised many with their performance against Waterford on Easter Sunday.

Despite losing by four points in the end, the Premier men were far more competitive than a team with four debutants was expected to be against one of the leading contenders for Liam MacCarthy.

Noel McGrath hit six points (2f) and looks as classy as ever and even if they are missing the retired Padraic and Brendan Maher further back, the Premier men retain a goal threat.

Mark Kehoe bagged two last weekend but, in the absence of the injured Seamus Callanan and Bubbles O'Dwyer, Tipp need more from Jake Morris, who was kept fairly quiet by Waterford.

Tipperary's competitiveness and Cork's disappointing display make this an even bigger opening game for Clare than it might have been. Whoever wins will fancy their chances of at least beating the Rebels to third in the province.

Clare have disappointed since reaching the 2018 All-Ireland semi-final but they still have one of the best in the game in Tony Kelly and the return of Shane O'Donnell (named in the subs) and Peter Duggan means Brian Lohan will have almost a full complement of weapons for the first time in his reign.

John Conlan's repositioning at centre-back during the league was a success while Diarmuid Ryan should be back to line out beside him.

Clare's dramatic win in the 2018 round-robin was their first over Tipp in Semple in 90 years and they will need to repeat that feat if their ambitions of qualifying for the knockout stages are to be realised.

Tipperary manager Cormac Bonnar has brought back in the experienced duo of Dan McCormack and John McGrath for Alan Flynn and the injured Conor Bowe.

The champions are also back in action after handing Cork another humbling last weekend.

As our columnist Shane Dowling says, the Rebels - who have the week off to lick their wounds - were so poor it's hard to know whether Limerick are already back to their best or merely getting there. They are likely to find out on Saturday evening.

This game is unlikely to decide either team's progression from Munster but Liam Cahill will be desperate to end a championship losing streak against Limerick that goes back to 2011.

Waterford got within four points of John Kiely's men in the 2020 Munster final but there were 11 points between them in that year's All-Ireland final and the 2021 semi. A win on Sunday would give the Déise confidence that they really are the team that can take down the green giants.

However, they will need to be better than they were in the first half against Tipperary. It's hard to see them reeling in Limerick at home in the same fashion.

There has been only one goal (for Limerick last year) in those three recent meetings but a Waterford game plan built around green flags surely means more are in store.

Austin Gleeson and Jamie Barron are both again named in reserve despite making big impacts off the bench against Tipp while Limerick goalscorer Kyle Hayes is out having tweaked a hamstring against Cork.

Antrim and Down were both winners on the opening weekend in the Joe McDonagh and the Ulster rivals meet in Ballycran on Sunday.

The Saffrons needed a late goal from Conor Johnston to pip Offaly but Down had four to spare over a more fancied Kerry side.

Kerry, who have lost Shane Nolan from the panel, travel to Carlow looking to get back on track while the Faithful aim to regroup against Meath, who conceded 4-30 to the Barrowsiders last weekend.

In the Christy Ring, Kildare and Derry - the only two teams with 100% records - meet while London host Mayo and Sligo and Wicklow face off looking for their first points of the campaign.

Three teams are on four points after two rounds of the Nicky Rackard Cup. Roscommon and Donegal play each other as the third, Tyrone, host Armagh. Fermanagh host fellow pointless side Warwickshire on Sunday.

In the Lory Meagher, table toppers Leitrim and Monaghan meet in Carrick on Shannon.

Longford and Louth will square up both looking for a second victory as one of Cavan and Lancashire will get their first points on the board. 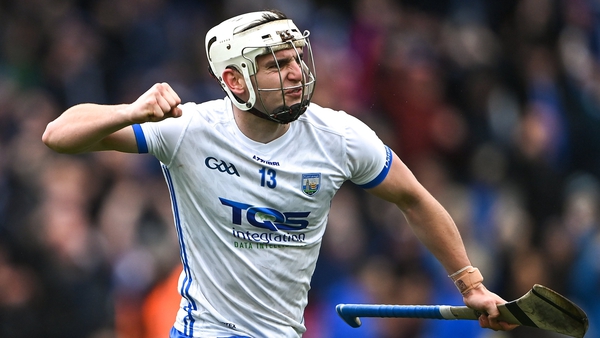