The GAA will screen the second half of the Republic of Ireland v France live on the big screens at Croke Park ahead of Sunday's Leinster SFC double-header.

The Leinster Council already took the decision to delay the games by more than two hours in order to avoid a clash with Ireland's European Championship last-16 clash with the hosts.

And now, for the first time during a Gaelic Games event, soccer will be shown live on the big screens at Croke Park.

It is hoped that this will help to attract fans into the ground on what is one of the biggest days for Irish soccer in years.

Kildare v Westmeath and Dublin v Meath were originally due to throw in at 2pm and 4pm espectively on Sunday, but the games have now been pushed back to 4.15pm and 6.35pm.

The move avoids a potential television clash and the decision to show the second half of the Ireland game is designed to make sure GAA fans don't stay at home to watch the Euros.

The turnstiles at Croke Park will open at 2.45pm on Sunday, with the second half from Lyon due to start shortly after 3pm.

If the Euro match goes to penalties, the football games will go ahead as planned and the big screens - one at either end of the ground - will concentrate solely on the GAA action.

However, fans will be able to move to the back of the stands or underneath the terrace, where smaller screens will continue to broadcast the action France. 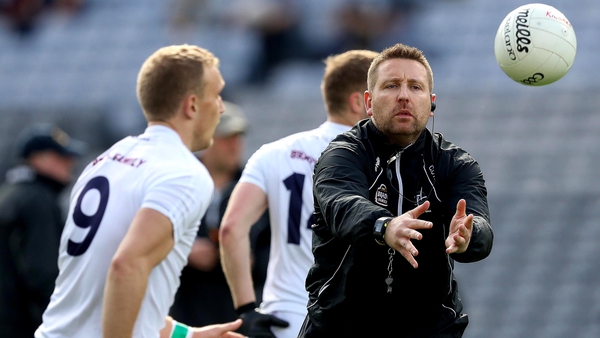