Two years after one of the most dramatic presidential elections in US history, voters across the Atlantic headed to the polls to elect members of Congress and other state officials.

Since Donald Trump became commander-in-chief, controversial political and social issues have touched generations across the 50 states.

Immigration, ties to Russia, the #MeToo movement, anthem kneeling and Supreme Court nominees are cementing opinions but have also unleashed a new era of protest in the United States.

President Trump has said himself that this is an election on Kavanaugh, the migrant caravan, law and order, and "common sense". 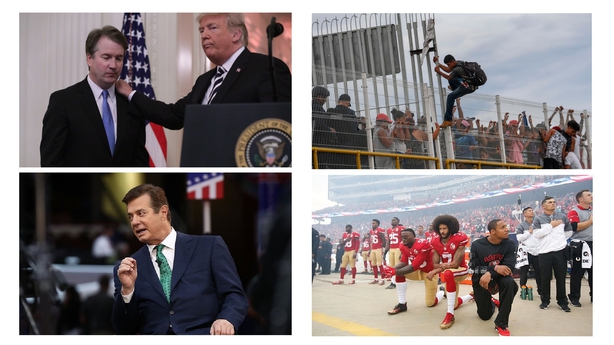 The midterms will give an insight into which side of history voters wish to be on at the same time, offering a litmus test for the president.

With a record number of women running for office and popstars causing a spike in voter registrations, the political climate is changing.

The second most searched question on Google about the upcoming elections is "What is the midterms?" So, here is everything you need to know.

Read more:
Taking a gamble on the midterms ... the view from Las Vegas
US midterms: In the shadow of the Alamo, another battle for Texas

What are the Midterms?

The midterm elections are held at the halfway point of a presidential term.

Voters are asked to cast their ballot for their preferred member of Congress, as well as for governors in 36 out of 50 states.

That’s not all, in some states, mayors and other local public offices are also on the ballot.

This is the part of the US federal government that makes laws.

It is made up of two chambers called the House of Representatives and the Senate and all members are elected by the people. 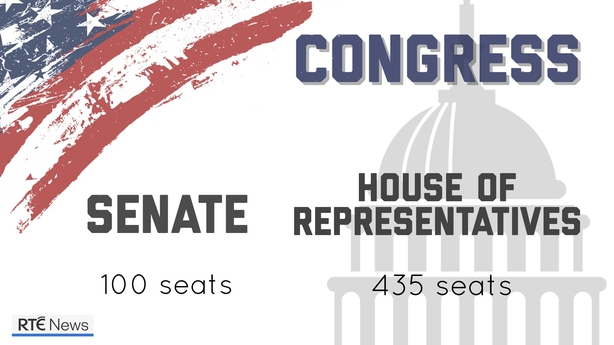 Meeting on Capitol Hill in Washington DC, members make laws and share power with the president and the Supreme Court.

Thousands of bills are put forward for their approval every year with a massive range of topics explored, including gun control and the federal budget.

The House of Representatives is the lower chamber of Congress where the number of representatives per state is based on population.

Along with powers to start bills related to revenue, the House of Representatives can also begin an impeachment trial towards a federal officer, including the president.

The Senate likes to see itself on a higher pedestal as the upper chamber of Congress.

With 100 members, senators have the power to approve treaties, confirm major governmental roles (including the Supreme Court, Cabinet positions and Ambassadors) and conduct the trials of those impeached by the House.

Each state, no matter their population, is represented by two senators with the Vice President of the United States residing over them.

Things are more complicated with the election of senators as they serve six years in office.

Senator terms are therefore staggered, meaning that every two years around one third of the Senate is up for election. 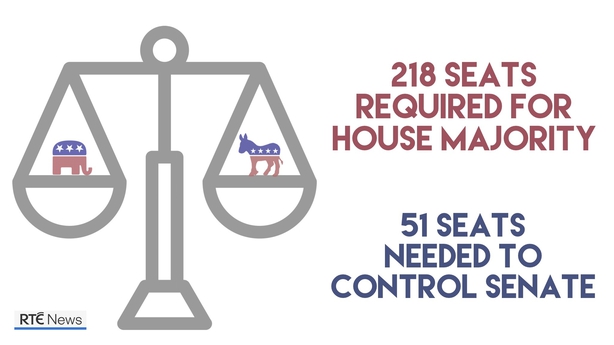 What impact can the Midterms have?

With Democrats set to take the majority in Congress, they will have the opportunity to block key elements of the Republican, and Donald Trump’s, political agenda.

The chance of a government shutdown would increase as the two are unlikely to agree on funding. 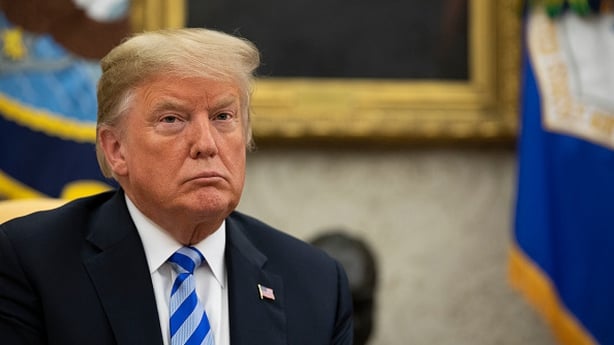 This is also a record-breaking year in the midterms for the most women candidates running for office at high levels all the way down to state legislative levels.

Kelly Dittmir, Scholar at Centre for American Women in Politics and Assistance Professor of Political Science at Rutgers University told RTÉ News that there has been a surge in women engaging in politics over the past couple of years.

She said they are motivated by healthcare and the environment along concerns about the party and president in power.

The United States is preparing for another divisive election as candidates continue to rally troops around the country and the people swing between blue red.

RTÉ’s Washington Correspondent, Brian O’Donovan has already visited hotly contested states, to get the views of electorate and campaigners to see what things are like on the ground.