Former Vice President Joe Biden is ahead in four of the five states that are still counting ballots and are currently too close to call definitively.

There are set to be recounts in two states because the margins are so narrow - Wisconsin and Georgia, while President Donald Trump has said he plans to take legal challenges to 'stop the count' all the way to the Supreme Court. His team has already filed suits in Pennsylvania, Michigan and Georgia.

So while Americans, and the rest of the world, are anxiously awaiting confirmation of who the next President of the United States will be, it could be some time before an official result will be known, if recounts and legal challenges continue.

There are set rules in states for when recounts can take place, and they are automatically triggered in some states if the margins of victory are extremely tight.

Beyond a recount, either candidate could take a legal challenge for a whole host of reasons, but these efforts cannot run indefinitely. The 20th Amendment to the US Constitution sets midday on 20 January as the day and time that a new President must begin their term of office (or if the 20th is a Sunday, then it is the 21st). A President clearly must be installed by then, but they must be decided upon quite some time before that. 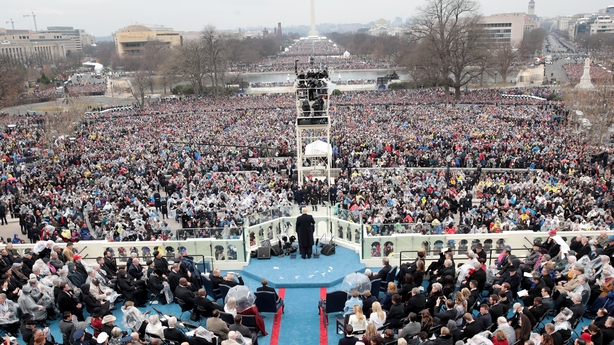 All of the citizens who voted on Tuesday, and the more than 100 million who voted before then, were actually voting to decide how the Electoral College voters in their state - electors - would cast their state’s votes for the presidency. The Electoral College meets to cast its votes on 14 December 2020. This is when the result of the election becomes official and cannot be altered.

There is provision for any delays in finalising the results after Election Day and before this Electoral College voting day, whether those delays are because recounts or legal challenges.

This is known as the "safe harbor deadline". It allows for a state to use procedures that were in place prior to Election Day to settle any election controversies up until 35 days after the election, and six days before the electors’ meet to cast their votes, so this year that would be 8 December 2020.

If a state has not finalised their votes by this time, because, for example legal actions are still not wrapped up, then the state legislature picks its own electors to select the presidential win for that state. The US Supreme Court has ruled that the legislature cannot overturn the will of the people.

Both President Donald Trump and former Vice President Joe Biden quickly started fundraising efforts for these legal challenges this week. They blanket-emailed supporters, with emotional emails that appear to be coming directly from the President and Mr Biden respectively...this is standard practice for US political campaigns.

Legal challenges to election outcomes are not new, and to some extent expected to happen in close races. President Trump’s former Chief of Staff and now US Special Envoy to Northern Ireland Mick Mulvaney said yesterday that law suits are just part of the post-election period. "Everybody is lawyering up, they are part of our system here".

So while a clear winner may emerge in the coming hours or days, if there are a lot of legal challenges, it may be some time yet before that result is officially confirmed and finalised.

Election night: All eyes on the US