Today is The Day. America Decides. It's been a fiery four years since the last US presidential election. What will the next four bring? Who knows, but American voters are making sure they will have their voices heard in deciding the direction their country will take.

Much has been said about democracy in the US in recent times, but over the last few weeks, we've seen a record number of American citizens cast their vote. 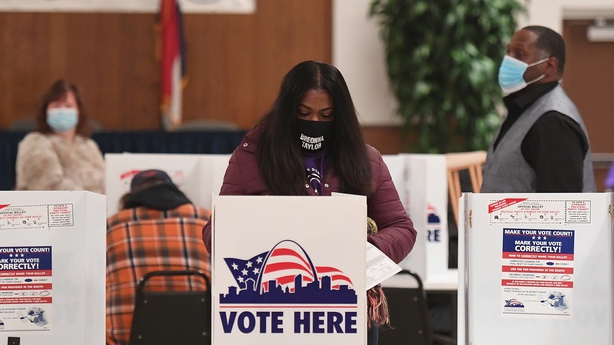 Just over 100 million had voted before today even rolled around, either in person, or by posting in their ballot papers. That will have an impact on when we see a final result as differing rules in various states allow for vote counting at a range of paces.

Is that early vote an indicator of a massive turnout this year, as voters are compelled to have their say on a president who inspires both passionate adulation and disgust at a rate rarely seen? Perhaps.

But this election is taking place in the midst of a global pandemic, one that has taken nearly 232,000 American lives and infected over nine million people there.

Voters have been actively encouraged to explore other ways to vote other than queuing in long lines and going to polling stations with large crowds. Others are simply fearful for their health, are in at risk categories or are ill themselves and still wish to have their say. Nevertheless, the numbers of people who have voted ahead of Election Day accounts for about 73% of the total turnout in 2016. Final turnout today could be at record levels. Democracy in motion.

When I was covering the 2016 election, when the Democratic candidate, former Secretary of State and First Lady Hillary Clinton, was running against the Republican private businessman turned reality TV star Donald Trump, it was billed as an historic contest. 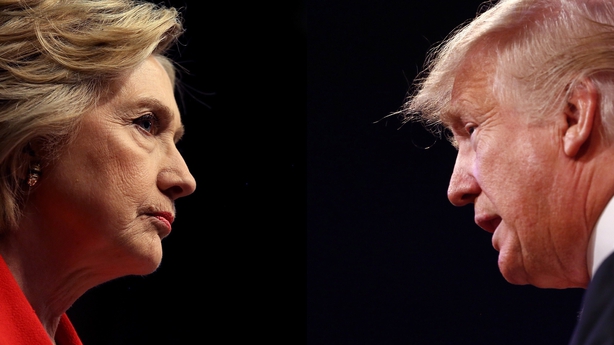 This time around the election is also described as one of the most important in history. It is important for the citizens of the United States but it is also closely watched by nations right around the world. Rightly or wrongly the US is held up as an ideal, a model to be followed by many other countries. The freedoms, the opportunities, the rights, the wealth are envied by so many, and copied and emulated.

When the US engages in the international order, the world is a more balanced place. When it fights for those in conflict-ridden, or poverty-stricken regions, the world is a fairer place. When it takes a leadership role against human rights abuses, others sit up and take note. But when it steps back from international agreements on climate change, on anti-nuclear deals, others also sit up and take note.

A large superpower like the United States has choices. American exceptionalism comes in many different strains. World leaders are watching to see which strain will emerge after this election: Isolationism or internationalism.

President Trump has been resolute about where he sees America’s place in the world. He has a label for it – America First – and that informs every decision he takes – is this going to be good for America?

Every nation acts in its own self-interest, as is its right. His message is strong and tangible. It has delivered results and resonates still with those in marginalised parts of the United States, who feel left behind, who feel they operate in a second track to the one occupied by the elites of the country.

The United States is truly a divided and polarised nation, with a pandemic wreaking havoc. That pandemic has changed how this year’s campaign has run. 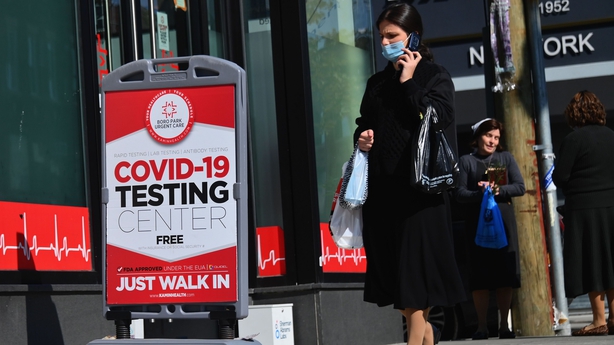 Covid-19 meant part of the primary season was cancelled. The conventions were largely held online. Rallies were called off, streamlined, and then revived at times with social distancing and masks, and at times without.

President Trump has returned to his landmark style of flying into an airport, holding a rally in a hangar and jetting off again. (In 2016, a Trump-branded plane was his backdrop, this time around it’s Air Force One). 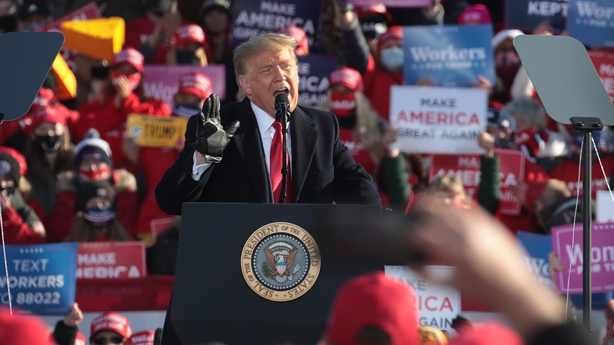 Former Vice President Biden has been holding drive-in rallies. There’s a waft of a sci-fi movie to see him, or his surrogates including former President Barack Obama, addressing a car park full of, well, cars. Instead of cheering and flag-waving, any rousing speaking points are greeted with the cacophony of honking horns. 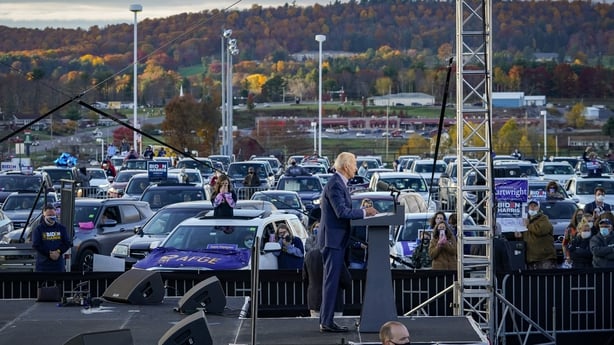 But the last rally has been held. The only opinion polls that matter now are the official election results.

We’ve changed our set. We have new graphics. We have a stellar panel and a cast of contributors from across the US. We’ll hear from people on the ground in the key swing states and from insiders in the Trump and Biden camps. If we don’t have lots of early results to go to, we’ll definitely still have lots of interesting things to talk about! 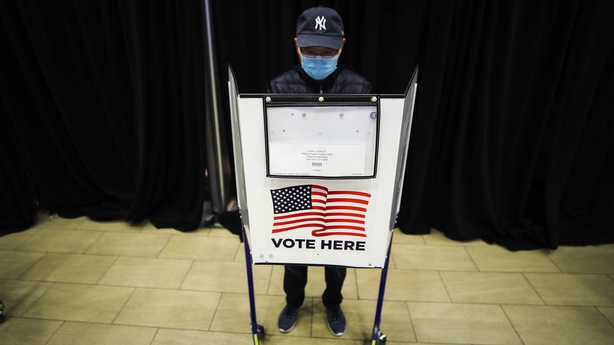 The great unknown of this cycle is the impact that the huge numbers of mail-in ballots will have. If there is, as some are predicting, a 'big blue blowout’ and Joe Biden looks like sweeping a lot of those 'in play' states, there may be a move to call some states early for the former vice president.

However given that we are not talking about a popular vote win here, I think it is going to be very close in a number of key states and so every single vote will have to be counted fastidiously.

The US Presidential Election is not a popularity contest, because of the Electoral College system, it often comes down to small margins in a few key states to decides who wins.

Remember in 2016, some 77,000 people across the states of Michigan, Wisconsin and Pennsylvania who usually voted for Democratic candidates, changed their minds and voted for the Republican candidate Donald Trump instead. That change gave him the White House.

Taking account of postal votes will be an issue in some states that are not allowed to start counting until election day – among them several key battleground states like Pennsyvlania, Michigan and Wisconsin. Several states have cutoff dates for the final receipt of postal ballots after polling day, that’s as late as 12 November in North Carolina and 13 November in Ohio.

A further complicating factor could be the likelihood of legal challenges if races are close. Both candidates have huge teams of lawyers on standby, ready to mount challenges in whatever states they need to.

There are some quirks in some states that could cause some of the total 63,840,725 mailed-in ballots to be disqualified. For example, in Pennsylvania your completed ballot paper has to go first into a privacy envelope and then into a larger freepost pre-addressed envelope. If you forget to first put it into the privacy envelope, and put it only into the mailing envelope, it is deemed to be a 'naked ballot' and so will be declared null and void, according to a recent Pennsylvania State Supreme Court ruling.

If it is a tight race in Pennsylvania (which it is predicted to be) and there are significant numbers of people who don’t use the two envelopes, that is something that might be challenged at federal level. Based on the numbers voting by mail, one Pennsylvania state official has said there could be up to 100,000 of these so-called 'naked ballots'. Worth noting that in 2016, President Donald Trump won that state by just 44,000 in 2016, so naked ballots could be this year's hanging chads (the source of controversy in Florida the 2000 election). 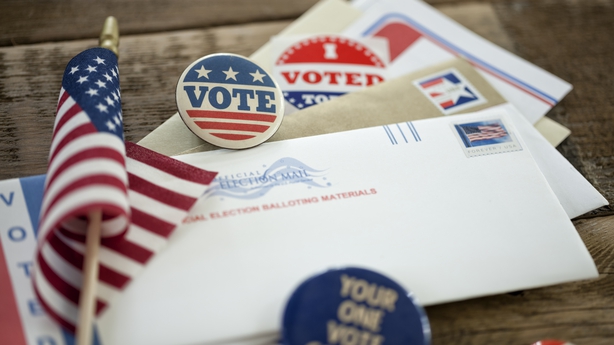 Both Pennsylvania and Michigan officials have said it could be Friday before they have anything near to a final result.

State-level polls do put former Vice President Joe Biden in a stronger position heading into Election Day and he has several more options to secure victory than those open to President Trump. However it is quite possible that President Trump will win a second term.

Support for him is still strong. Polls can be wrong, particularly given that many of them have a small sample size and a big margin of error. For that reason, the US networks will be slow to call any states that are in anyway tight. Many have said they will wait for 99.5% of votes to be counted before declaring victory for one or other candidate.

The first signpost of how the night is going will come at some time around 12.30am or 1am. Officials in Florida have said they hope to be in a position to declare the results from their postal ballots at that time. Florida is a state well used to postal ballots, a large number do so every year, not just in a pandemic.

About two thirds of the registered voters had cast their vote ahead of time. The breakdown of registered Democrats and Republicans postal voting this year is roughly even, with just slightly more Democrats. If they all vote along party lines, it will be close, however a marked lead in one or other direction will show that people have broken from their party preferences and that could give a bit of an indication as to what will happen in other states.

This election is likely to be decided based on turnout. Whichever party can rally more of its registered members to vote for their candidate, whether or not they like the candidate, the stronger their chances of victory.

It might sound basic, but in 2016 a lot of the Democratic party faithful just couldn’t bring themselves to vote for Hillary Clinton, but Republicans were prepared to vote for Donald Trump irrespective of the various controversies – putting party first.

If you're a keen watcher of politics, or just have a passing interest, tonight will be an exciting night. We will be on air from 11.15pm and would love to have your company. Watch the TV show and follow along online with our live blog.

Mulvaney says US here to 'protect and defend' GFA