EU Commissioner Phil Hogan has issued an apology for attending a golf event in Galway earlier this week.

Speaking on RTÉ's Six One News this evening, Taoiseach Micheál Martin had said Mr Hogan should apologise for attending the event.

The event in Clifden, Co Galway, was attended by more than 80 people on Wednesday including many public representatives.

It took place just 24 hours after the Government signed off on a set of stringent rules in response to an increase of cases of Covid-19.

Following the Taoiseach's call for an apology, a spokesperson for Mr Hogan said he would not have attended had he thought that the event did not comply with Government guidelines.

"The Commissioner apologises for the distress caused by his participation," said the spokesperson.

Dara Calleary resigned as Minister for Agriculture and Jerry Buttimer resigned as Seanad Leas-Cathaoirleach earlier today over their attendance at the dinner.

Taoiseach Micheál Martin says EU Commissioner Phil Hogan should apologise for attending the event in Galway, adding he "should be far more fulsome in his response, and should understand the anger across the country" | Live updates: https://t.co/Vk3CyLuRsl pic.twitter.com/tQgF4rCRV5

When asked earlier about Mr Hogan's attendance at the event, Mr Martin said he should provide a "more meaningful response" to the public anger.

Mr Martin said: "He should apologise. I think he should be far more fulsome in his response to this."

Mr Martin said the event in Galway was wrong and he "understands fully" the anger of people around the country who have had to make sacrifices during the pandemic.

He said he is "deeply annoyed and upset" by what happened. "I did not expect it in any shape or form," he said.

"There will not be one rule for people in office. Dara Calleary has been accountable."

Mr Martin said what had happened was a monumental error of judgement by all of those who attended and he was deeply disappointed at what had transpired.

Taoiseach Micheál Martin says the event in Galway was wrong and says he "understands fully" the anger of people around the country who have had to make sacrifices during the pandemic | Live updates: https://t.co/Vk3CyLuRsl pic.twitter.com/9G9JNzd73U

He said it had compromised and potentially undermined the clear communication of the public health message that people need to reduce their contacts, congregate less and and get numbers down.

The Taoiseach said Dara Calleary had done the right thing and "shown leadership and accountability" to the people by resigning. He had paid a "terrible price".

Mr Martin said it was very important that "those who make the rules, adhere to those rules".

He said he too would be sickened [by the Clifden event] if he was one of those people who had lost a loved one and could not have a normal funeral because of Covid-19.

He said people should take heart from what has happened in Laois, Offaly and Kildare. "The easiest thing for the Government to maintain popularity would have been to do nothing but we could not stand by and allow the virus increase in numbers in those counties".

The Taoiseach said this action had yielded results. Laois and Offaly no longer have those severe restrictions and Kildare is in a better space and is stabilising.

Mr Martin said that as Taoiseach and a member of Government, he had to observe the separation of powers and that governments do not comment on the behavior or performance of judges.

It was his view that people going into this event "must have felt there was something wrong" with it.

Mr Calleary tendered his resignation as minister this morning. It was a position he had held for just 37 days.

Speaking on RTÉ's Six One News, Sinn Féin leader Mary Lou McDonald said that the event should not have gone ahead and said the Government "has descended into new levels of chaos".

Deputy McDonald said the golfing event is the final straw and that the Dáil needs to be recalled.

She said people have questions to answer and she said she did not know the Oireachtas golfing society even existed.

"This is the last straw for many people"

Sinn Féin leader Mary Lou McDonald says the Dáil must be recalled following today's events, adding that if there is to be any chance of rebuilding confidence, people need to see politics at work | More: https://t.co/Vk3CyLuRsl pic.twitter.com/q8k4T769N1

Ms McDonald said she did not think a club like this was appropriate.

When asked about Sinn Féin members who came under criticism for attending Bobby Storey's funeral in June, Ms McDonald said she does not think there is an equivalence between a funeral and a "golfing shindig".

Ms McDonald said she is very disappointed that the Taoiseach has refused to recall the Dáil when she contacted him this morning.

Taoiseach can recall the Dáil under Standing Order 26

Responding to the comments of the Taoiseach tonight, Labour Party leader Alan Kelly has said Mr Martin can recall the Dáil under Standing Order 26.

"The Taoiseach said tonight it was not for him to recall the Dáil but he specifically has that power under Dáil rules. That is Standing Order 26: 'Special Summons for earlier sitting'. On the request of the Taoiseach, the Ceann Comhairle may summon the Dáil for an earlier sitting than that set on the adjournment.

"I spoke to the Taoiseach this afternoon and told him that he must recall the Dáil and that I've never seen such public anger on an issue so quickly.

"On the RTÉ Six One News the Taoiseach dodged the question of our parliament returning by saying he wouldn't recall the Dáil this week. He has the power to do so next week. The ball is in his court.

"He also said he would consult with other political parties and that the Government doesn't run the Dáil. We have made our views clear. The Taoiseach should act now and write to the Ceann Comhairle to recall the Dáil next week.

"This time last year the leader of the Green Party sought the recall of the Dáil on Brexit. Minister Eamon Ryan must surely accept that the Dáil must be recalled now.

"We can't go on for three weeks with no Minister for Agriculture considering the issues in the meat processing sector.

"The Dáil must sit next week," added Mr Kelly. 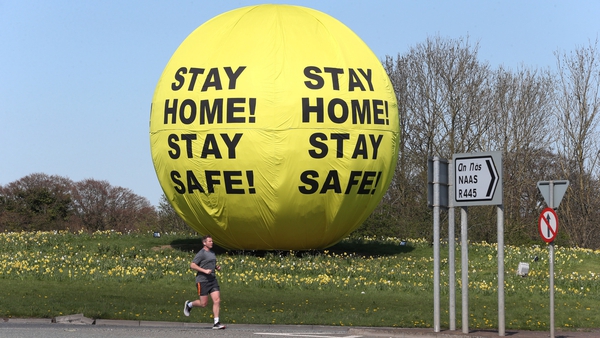