Bord na Móna's CEO has predicted that the firm's efforts to raise over a billion euro for five new renewable energy projects around the country, will be successful.

That is despite the premature end to peat harvesting and the effects of the Covid-19 pandemic on the company.

Tom Donnellan said, "We have already discerned a strong appetite from investors for the major renewable projects that we are developing and are delighted that Goodbody is on board to help manage the funding."

The comments come on a day when the semi-state firm launched a €1.6 billion fundraising round to help achieve a target of powering a third of Irish homes by renewable energy by 2030.

Bord na Móna will use its land around Ireland to sell the 'new green deal' with a series of climate action projects across its 200,000-acre landholding.

The company has appointed Goodbody Corporate Finance to manage the fundraising for a series of climate action projects, including wind and solar energy infrastructure developments for delivery in this decade.

Mr Donnellan said, "Bord na Móna's purpose is to help Ireland become carbon neutral by 2050 and we are committed to delivering this major pipeline of critical climate action projects."

Bord na Móna has six projects in the planning and construction phase, with more to follow before 2030.

The company said it is already generating 10% of Irish renewable electricity and is on track to achieve a 300% increase in its renewable energy output in this decade.

By 2030, Bord na Móna says it will be generating enough renewable energy to supply nearly a third of all Irish homes. 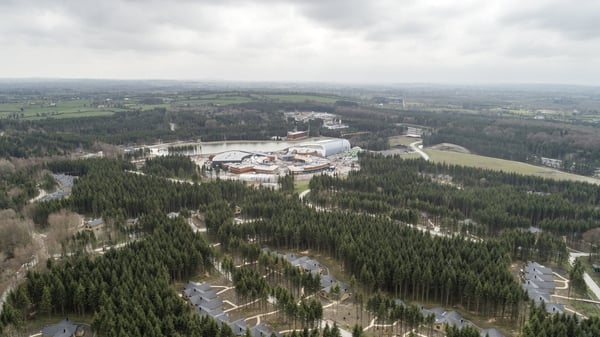