A Bord na Móna ecologist has predicted that the midland's rewetted landscape will become the home for a whole new range of species of birds and other animals as a result of the move to rehabilitate the bogs after peat harvesting.

Dr Mark McCorry was commenting after the discovery of a pair of large common cranes in the bogs of Co Offaly over the last 12 months.

The giant birds are believed to have been first seen in a flooded bog near Lough Boora Parklands in Co Offaly before moving to a location that has not been publicised for nesting purposes. 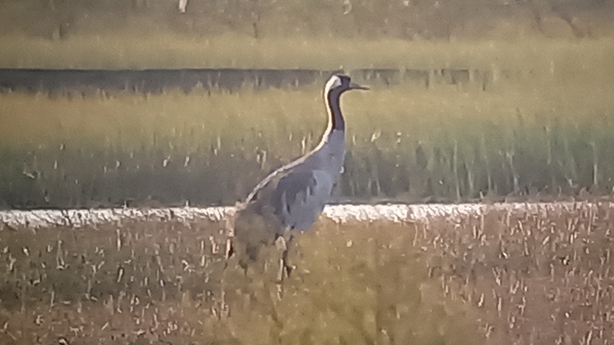 Bord na Móna said the changes to the landscape since harvesting came to an end are already making a major change to the biodiversity of the region and that the monster common cranes may in fact have been here for more than two years already.

The cranes can grow to over four feet in height and are believed to have come here from the UK.

Ecologists in Bord na Móna say they're excited and optimistic that a rare pair of common cranes, which have arrived in the midlands, will become the first to breed here in over 300 years. pic.twitter.com/tOLm44lF5c

If breeding is successful, it will be the first time in 300 years that this has occurred.

Dr McCorry said that Bord na Móna is continuing to re-flood bogs throughout the region and that the public can expect to see further rare species of birds as this process continues.