The author of Barack Obama's famous 'Is Feidir Linn' speech in College Green in Dublin in 2011 has unveiled a statue to the former US president and his wife, Michelle, at an event in Co Offaly.

Cody Keenan was at The Barack Obama Plaza just off the M7 Limerick to Dublin motorway to carry out the honour with the owner of the commercial site - Supermac's Boss Pat McDonagh.

Sculptor Mark Rhodes has created a bronze statue of the couple in recognition of the former US President's historic links with the Co Offaly village of Moneygall. 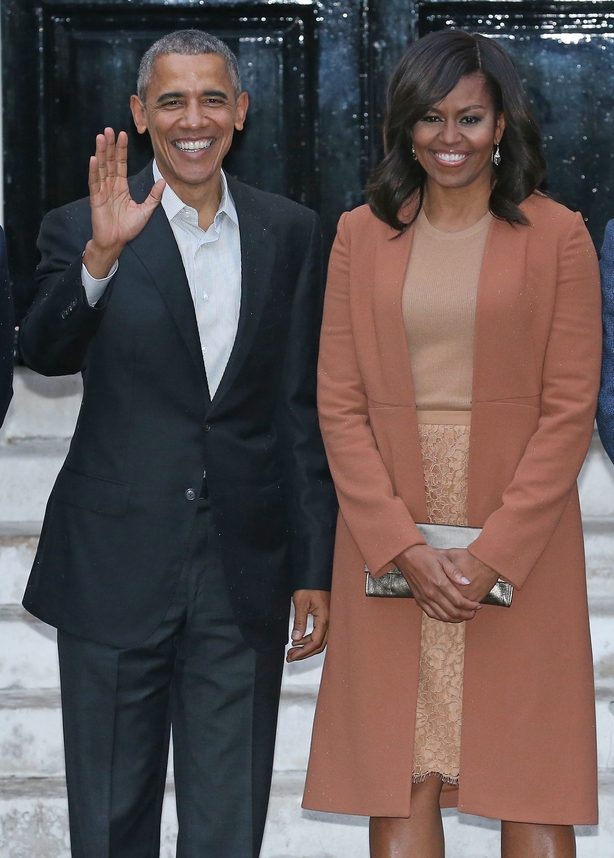 This is the second statue of Barack Obama to be unveiled at the plaza.

Two years ago, the American Ambassador to Ireland Kevin O'Malley unveiled a bust of the former president at the plaza. 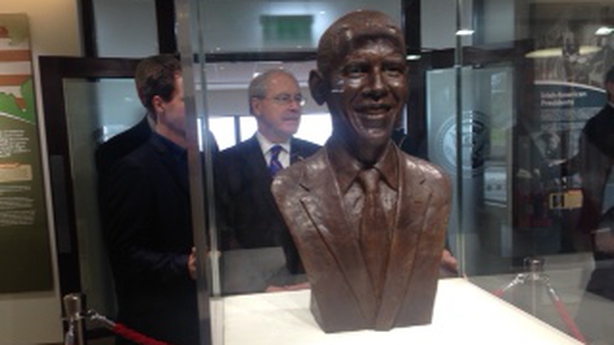 In 1850, Mr Obama's great-great-great grandfather Falmouth Kearney, the son of the village shoemaker, left for New York when he was just 19-years-old.

He settled in Deerfield, Ohio, where he married Charlotte Holloway and they had several children. Mr Kearney's final resting place was discovered in a cemetery in Kansas in 2014.

The Obama Plaza in Moneygall is managed by President Obama's eighth cousin Henry Healy, who welcomed him to his ancestral home in 2011.